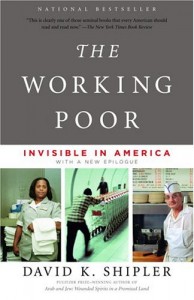 Last year, Pulitzer Prize-winning journalist David K. Shipler’s book The Working Poor: Invisible in America was one of seven that were briefly suspended en masse from the school district curriculum in the affluent Dallas enclave of Highland Park. Although the district quickly reversed that action after much local and national criticism, The Working Poor later faced an individual parent’s challenge as well. Shipler observed all of this with a particularly keen interest, as he had just finished his latest book Freedom of Speech: Mightier Than the Sword. In a column for the New York Times last week, Shipler mused on the surreal experience of watching from afar as people who hadn’t read The Working Poor debated whether it should be banned.

As Shipler well knew from researching Freedom of Speech, that phenomenon was certainly not unique to his situation. Perhaps one of the most memorable examples in recent years was the Pennsylvania school board member who told a teacher defending Margaret Atwood’s The Handmaid’s Tale that “I don’t read Penthouse and I won’t read this” before voting to ban it. This sort of willful ignorance often causes book challenges to spiral out of control, Shipler says:

When Highland Park parent Meg Bakich challenged The Working Poor in January, Shipler says “the vacuum created by nonreading” allowed her mischaracterizations of the book to steer the community debate. Even two reporters covering the story for local media admitted that they did not check Bakich’s allegations against the actual text. Although Bakich later withdrew the challenge, claiming that the review process was biased against her viewpoint, Shipler ends with a plea for anyone who wishes to participate in a challenge debate to at least read the targeted book in its entirety:

We writers know that we have to let go of our work. Here is your baby, cherished when the first copy arrives, being badly misunderstood in the colder world. Granted, when you send a book out into life, people have every right to see it through their own lenses. If only they would read it.