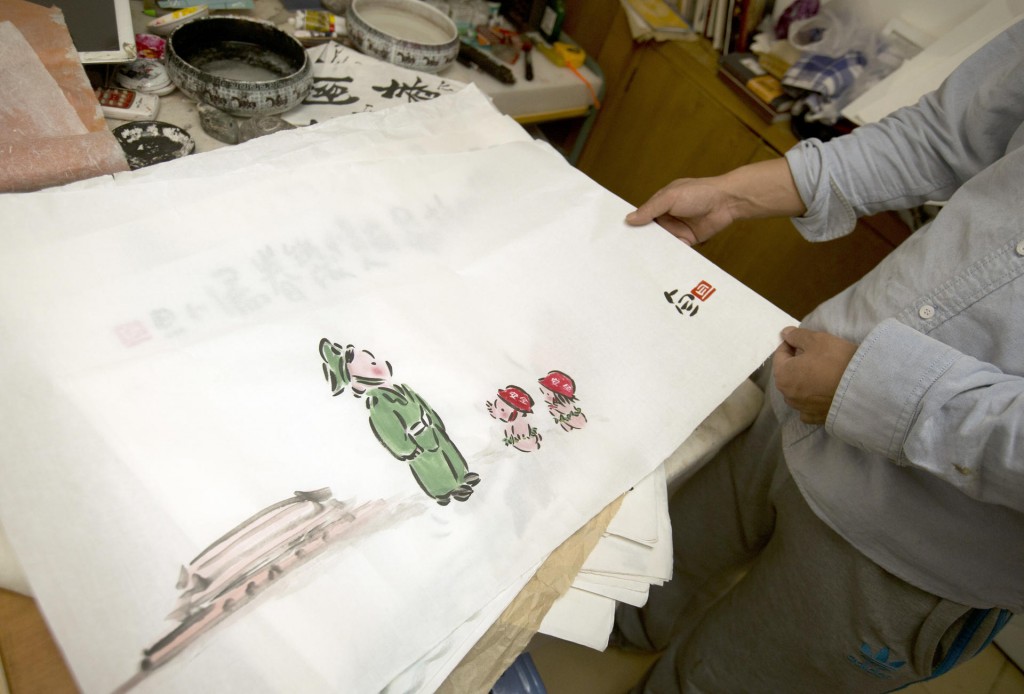 Unsurprisingly, independent political cartoonists are few and far between in China. The country’s best-known cartoonist, Rebel Pepper, has been exiled in Japan for over a year due to implicit threats from his own government. But his experience has not deterred Bai Budan, another up-and-coming artist who feels compelled to express his opinion through his work, even though he knows it will be seen by almost no one inside China.

While Rebel Pepper frequently gives the government the finger via his omnipresent pepper avatar and does not hesitate to caricaturize specific public figures such as President Xi Jinping, Bai Budan thus far sticks to general comments on the police state through innocent Kewpie-like figures in pastel colors. One recent piece, for instance, was inspired by a familiar children’s song called “I Love Beijing Tiananmen.” Remarking on the sheer number of surveillance cameras that overlook the site of the 1989 massacre of pro-democracy protesters, Bai tweaked the lyrics to produce a cartoon captioned, “I love the security cameras of Beijing Tiananmen.”

Even though Bai refrains from specific caricatures, he has certainly not evaded government notice. Just like Rebel Pepper, his own account on Sina Weibo was shut down last year after he posted a different Tiananmen cartoon, this one showing the square drenched in red ink. Without access to social media, the only way he can share his cartoons with fellow Chinese citizens is through private exhibitions. He takes a somewhat philosophical view of the restrictions on his work, telling an AP reporter that “Any career has risks attached. Right?”

Bai is correct, to an extent, but the fact that he continues to produce his art despite the risk of imprisonment or worse is nevertheless a testament to his courage and commitment to freedom of expression. “All the things happening in our society concern me,” he says. “I think about them and I paint them.”