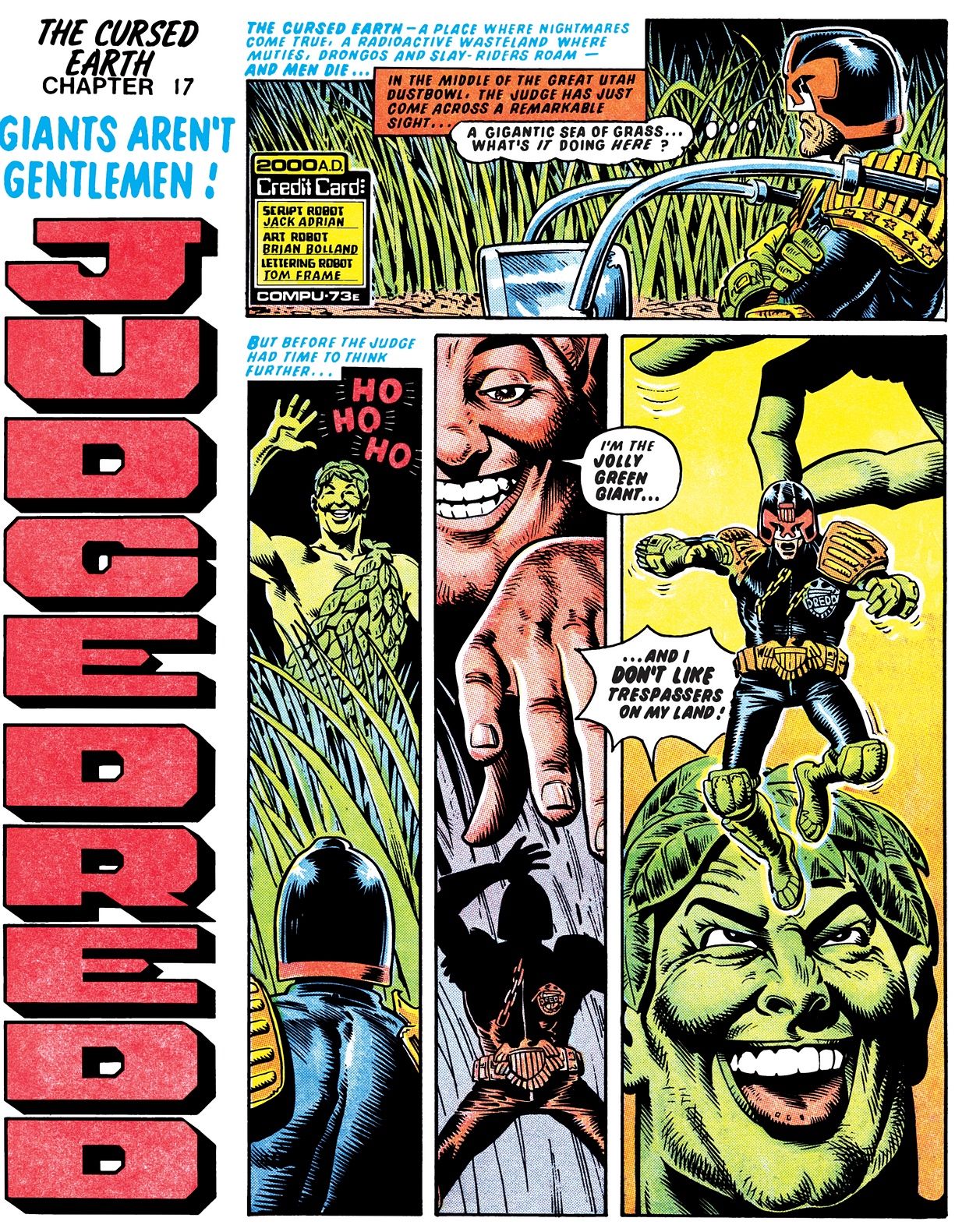 Two legendary Judge Dredd storylines that were suppressed by their original publisher in 1978 amid concerns about copyright infringement will finally see the light of day again, after a recent change in UK law provided firmer protections for parody and satire. Rebellion Publishing announced last week that it will release Judge Dredd: The Cursed Earth Uncensored in 2016, including the complete runs of “Burger Wars” and “Soul Food.”

The two storylines feature parodies of several marketing icons. In “Burger Wars,” Dredd travels through “a devastated middle America in thrall to the warring Burger Lords, modelled on Ronald McDonald and Burger King’s eponymous monarch, who capture the heroes and force them to live on burgers and shakes.” The second storyline “Soul Food” includes parody versions of the Jolly Green Giant and the Michelin Man (proper French name: Bibendum).

The stories likely would have been perfectly legal under U.S. law all along, but until last year U.K. law generally required publishers of parodies to seek permission from each copyright holder. That changed last year, although legal action can still be taken against parodies alleged to have “a discriminatory message.” In that case, it falls to a judge to decide whether the parody is humorous.

Back in 1978, Judge Dredd’s original publisher IPC Magazines had also been recently burned by public controversy over violence in its anthology comic Action, a precursor to 2000 AD where the Judge Dredd comics were initially serialized. Under intense media pressure, IPC pulped one 1976 issue of Action, toned down the violence, and eventually merged the title with another comic, Battle Picture Weekly.

Although “Burger Wars” and “Soul Food” both ran in serial form in 2000 AD, IPC apparently did not feel up to a legal fight when it collected The Cursed Earth into volumes, so the two stories were omitted. Since Rebellion bought 2000 AD and associated properties 15 years ago, the publisher’s head of books and comics Ben Smith says their most frequent question at conventions has been whether they would republish “Burger Wars.” In a statement last week, Smith said that “It’s a delight, and frankly a relief, to be able to finally say ‘Yes!’ “