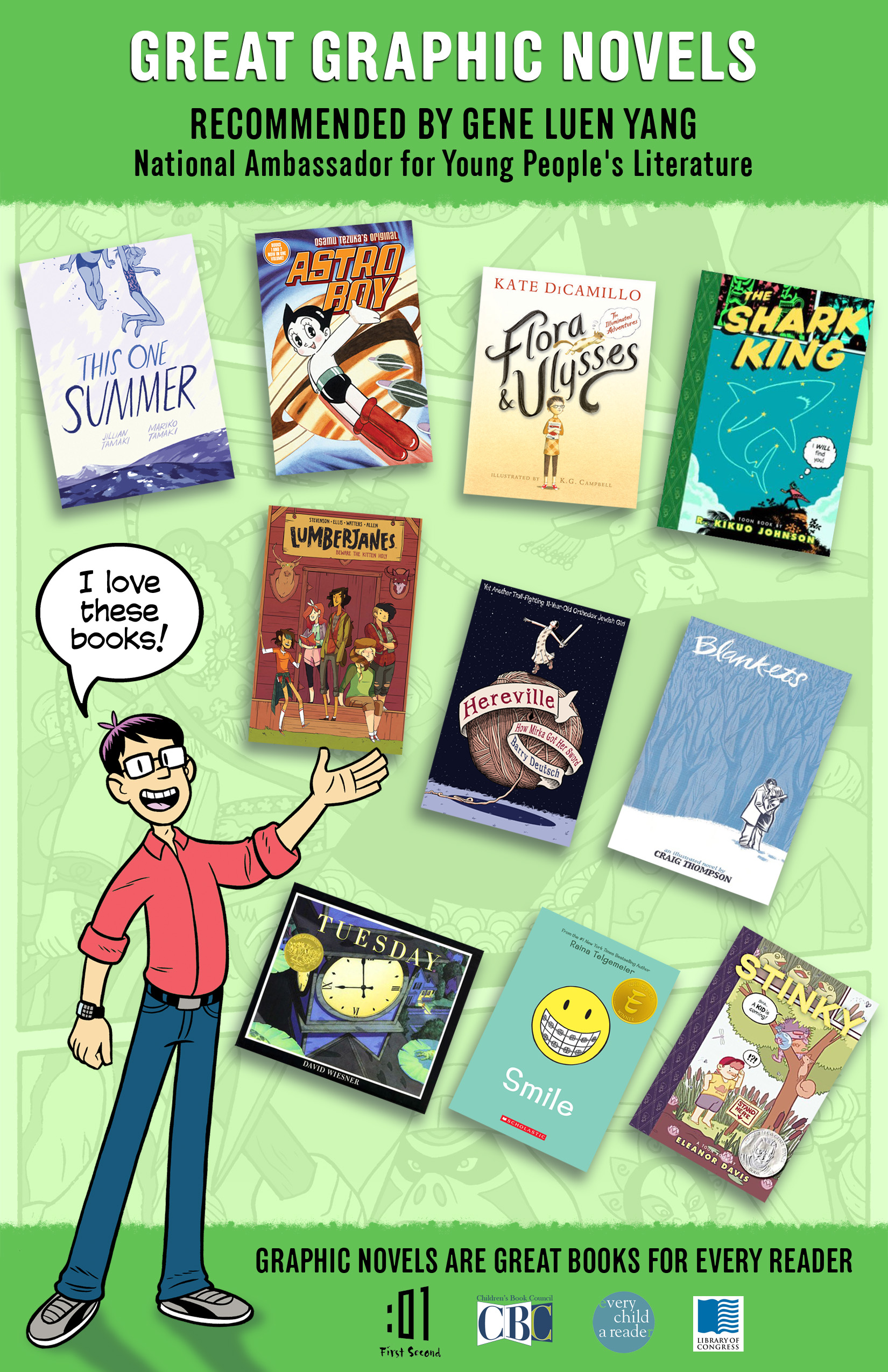 Every two years since 2008, the Library of Congress has chosen a National Ambassador for Young People’s Literature, an author charged with raising “national awareness of the importance of young people’s literature as it relates to lifelong literacy, education and the development and betterment of the lives of young people.” While that’s always a worthy cause, this year we have particular reason to celebrate the announcement because for the first time ever the honor and responsibility has been bestowed on a graphic novelist: Gene Luen Yang!

Yang, creator of American Born Chinese, Boxers/Saints, and The Shadow Hero, will use his two-year ambassadorship to travel around the country promoting youth literacy in schools, libraries, and book festivals. Centering his term around a theme of “Reading Without Walls,” he hopes to “excite young people about reading outside their comfort zones.” And as he told the Washington Post’s Michael Cavna this week, there is no doubt that he’ll be giving comics and graphic novels “a little bit of an extra push.” In fact, just as Yang was being sworn in at the Library of Congress today, his publisher First Second Books shared with us his recommended list of graphic novels including:

It’s nearly impossible to overestimate the significance of Yang’s selection. At NPR’s pop culture blog Monkey See, Glen Weldon declared that it heralds the end of “the war over comics for kids.” Far from the congressional hearings of the 1950s, comics and their creators now hold a place of honor in the nation’s library and the national literary scene. Big congratulations to Gene Luen Yang as we eagerly anticipate the next two years!