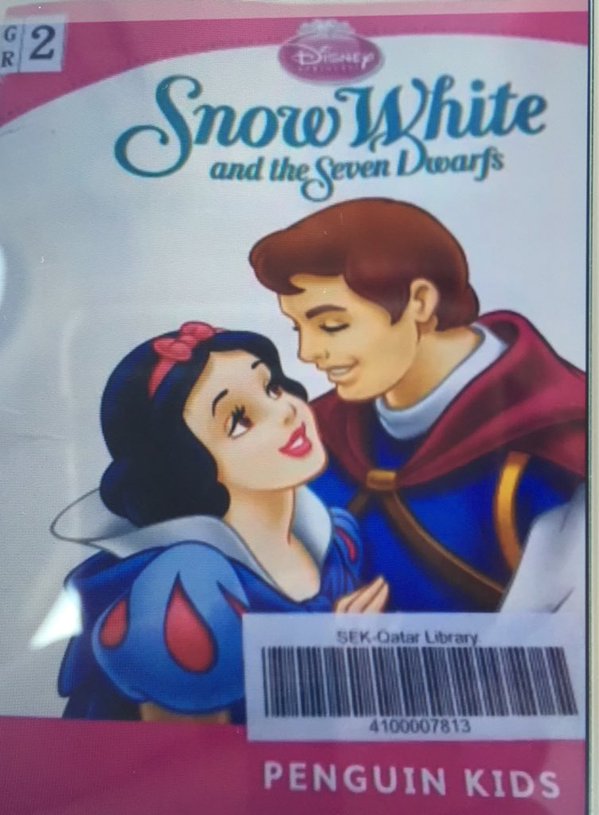 Qatar’s Supreme Education Council recently ordered a private school to remove a picture-book adaptation of Disney’s Snow White and the Seven Dwarfs from its library collection due to illustrations that one parent said were “inappropriate” and “indecent.” The principal at SEK International School, which is headquartered in Spain, apologized and said the book was immediately pulled from the library.

Neither the school nor the Supreme Education Council elaborated on exactly what was judged inappropriate in the book, but Doha News suggests it was likely the extramarital intimacy between Snow White and the prince. Slightly more bewildering was the complainant’s contention that the book also includes “phrases that have sexual innuendoes.” (As shown here, SEK International’s copy was an English-language edition, ruling out the possibility of a poor translation into Arabic or another language.)

Hamad Mohammed Al Ghali Al Marri, director of the Supreme Education Council’s Private Schools Office, said the book is also on sale through Qatari retailers and hinted that “perhaps it needs to be banned from shops too.” With a large population of international expatriates and a younger generation increasingly attuned to pop culture from overseas, authorities in the wealthy constitutional monarchy frequently feel the need to crack down on certain products judged to be culturally inappropriate. Last year, for instance, the Ministry of Economy and Commerce pulled champagne-scented lotions and perfumes from Victoria’s Secret stores.

In 2012, Qatar’s Ministry of Culture seized and banned 11 issues of Garth Ennis and Darick Robertson’s The Boys which had been ordered from overseas by expat resident Patricia Donahue. In a letter to Bleeding Cool, Donahue recounted her adventures in two trips to the Ministry where employees showed her the pages they found offensive (“all of them,” she said) and ultimately would not even allow her to send them back for a refund.