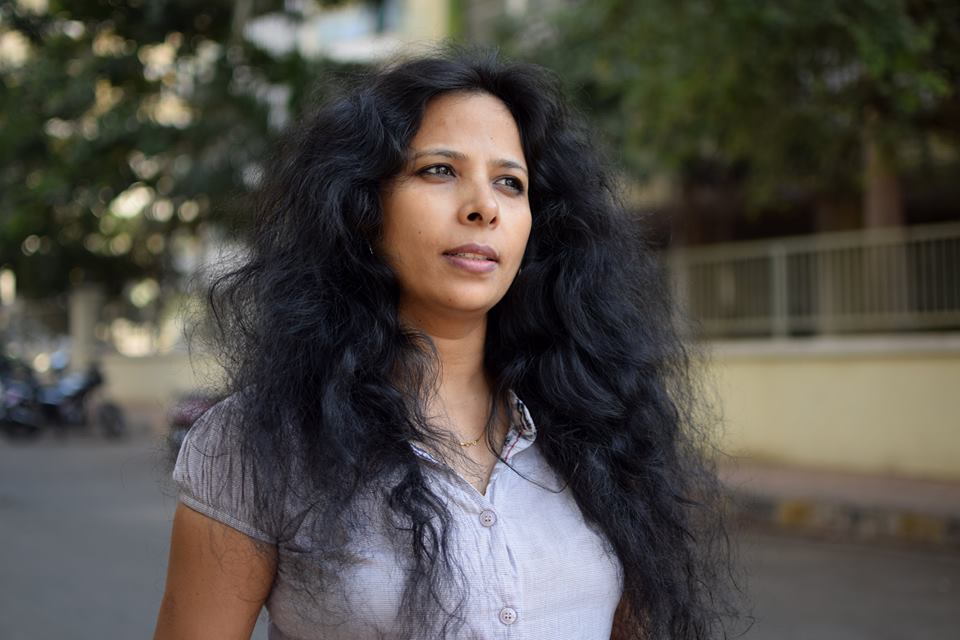 Three years after she first sparred with a popular guru and his rabid followers, Indian cartoonist Kanika Mishra was recently profiled on the Humans of Bombay Facebook page, sharing more about her experience of living in fear after numerous death and rape threats–and her determination not to be intimidated into silence.

Mishra was inspired to create her recurring cartoon character Karnika Kahen in 2013 after guru Asaram Bapu was accused of sexual assault against a 16-year-old girl. Less than a year earlier, Bapu had publicly stated that the victim of the notorious 2012 New Delhi gang rape–who was assaulted so violently that she later died of internal injuries–was partly to blame for her assault and simply should have begged her attackers to stop. Enraged at Bapu’s apparent hypocrisy, Mishra sensed a need for cartoons featuring an aam ladki, or everywoman, to join the proliferation of aam aadmi panels in which male characters comment on Indian current events. She drew several cartoons skewering Bapu and posted them on Facebook and Twitter, where they were soon discovered by major media outlets that featured her in interviews.

At Humans of Bombay, Mishra details what happened next:

I began to get death threats to the point where my phone never stopped ringing. So many men have called me and said, ‘you defended [rape victim] Nirbhaya and insulted Bapu…now we will rape you like we raped Nirbhaya.’ They hacked all my accounts on Facebook, twitter and even my email, to stop me from drawing. For 5 months I was scared to step out of my house because I feared that someone would throw acid at me…given that his followers had even reached my doorstep.

When she reported the threats to local police, they also suggested that she simply stop drawing, but Mishra was having none of it: “I wasn’t doing anything wrong, so why stop?” Since she started publicly criticizing Bapu, the case against him has deepened: several more accusers have come forward, and at least three witnesses who planned to testify against him have been assassinated. Bapu has not yet been convicted of anything, but he remains in jail and recently had his bail request denied for the sixth time.

Despite the multiple rape accusations and suspicious deaths of witnesses, Bapu still has legions of ardent followers who consider him a holy “godman.” As long as that’s true, Mishra says she’ll continue to add her voice to the opposition via her cartoons. This is important, she emphasizes, not only for herself but for all Indian women:

Why is it so easy to threaten women in this country? Why don’t we have any freedom of speech? Why do political idols and personalities feel like they have the power to control everything? Today I’ve stood up for my honest work, but at what cost? Tomorrow anyone else could be a Nirbhaya, the national will mourn for a few days and then it’ll pass…but when will this madness stop?

Check out Mishra’s cartoons (most in both English and Hindi) at her Karnika Kahen Facebook page.