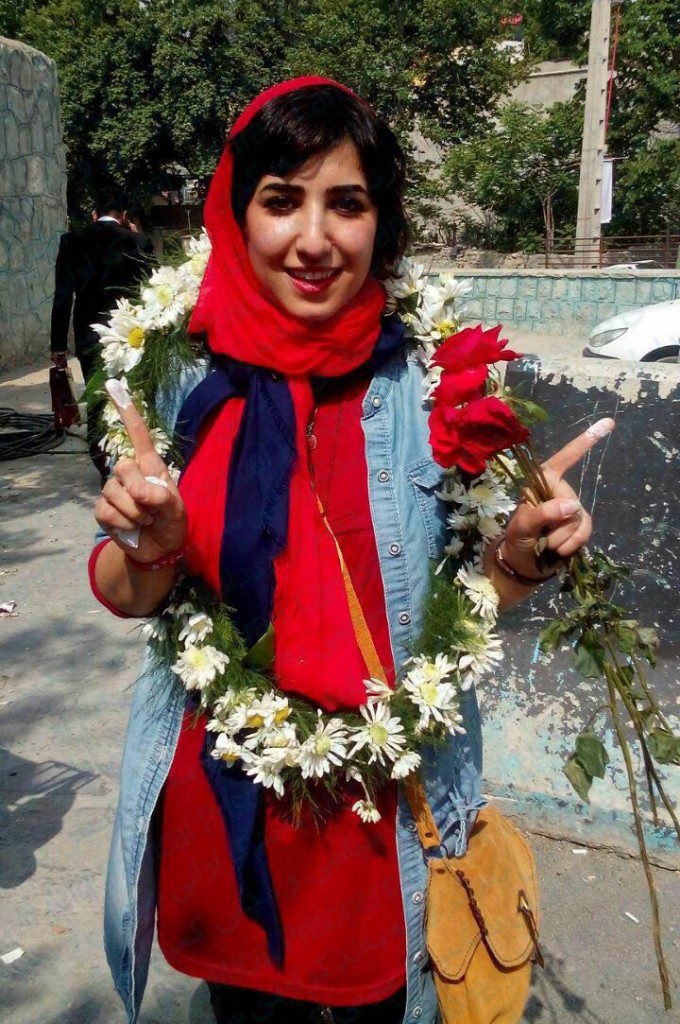 Fantastic news from Iran today: after nearly 18 months in prison for drawing a cartoon, Atena Farghadani has been released!

Farghadani’s sentence had recently been reduced on appeal from the original 12 years and 9 months, but even her lawyer was not sure exactly when she would be set free. She was greeted by family and supporters bearing flowers upon her exit from Evin Prison today. Cartoonists Rights Network International has spoken to her directly, and she “expressed her utmost appreciation for [CRNI] and all organizations, cartoonists and activists who have supported her throughout her incarceration and given a voice to her and her cause.”

The forced exams were originally reported by Farghadani herself in a note to her family from prison, but the Iranian government confirmed that they did take place in a United Nations report released last month. Ironically, authorities claimed that the tests were necessary to disprove “allegations of sexual assault against her on some websites.”

Farghadani told CRNI that “although she’s happy to be free, she is also concerned about all of the unknown prisoners who have no supporters.” While other Iranian cartoonists under duress–including CRNI deputy director Nik Kowsar–have fled the country when they could, Farghadani said today that her hope is “to stay in Iran and continue working as an artist.”

CBLDF salutes Farghadani’s incredible courage, and we are celebrating right alongside her family and all her supporters around the world!

← VICTORY in Kentucky: Looking for Alaska Stays in Curriculum
May the Fourth Be With You in the CBLDF Rewards Zone! →