Like comics, movies have the power to incite controversy and motivate communities to protest. Index on Censorship recently looked at five films — a few of which are based on controversial books and graphic novels — that have inspired people to take action beyond the silver screen and have become “symbols of rights’ movements around the world.” 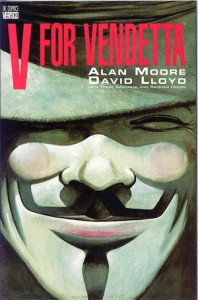 Among those movies is V for Vendetta, which most notably has become an icon not only for revolution but also for free speech. Based on Alan Moore and David Lloyd’s seminal classic graphic novel of the same name, V for Vendetta tells the tale of the Guy Fawkes mask-clad anarchist V, who embarks on a mission to overthrow the fascist ruling government of a future UK.

The character not only inspired anarchy in the book, but has also inspired a new generation of tech-savvy youths to question authority and challenge public perceptions and dissemination of information. The V figure has been adopted by the Occupy movement as well as individuals like WikiLeaks founder Julian Assange and members of the hacker collective Anonymous. As The Economist notes, the Guy Fawkes mask has become the “face of post-modern protest.” Lloyd, in an interview with BCC, said that the mask is a “convenient placard to use in protest against tyranny… It seems quite unique, an icon of popular culture being used this way.”

Whereas the character V himself has become a symbol beyond the borders of his graphic novel, The Hunger Games, with its narrative themes, has inspired controversy both as a film and book. The subject of numerous censorship attempts since its initial publication in 2008, the trilogy has been consistently noted as one of the American Library Association’s Top Ten Most Frequently Challenged Books year after year. 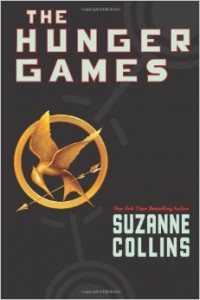 “Anti-family,” “insensitive,” “violent,” and “offensive” are just a few of the themes the book and film have been accused of propagating. That said, though, a three-finger salute used in the film became a unifying symbol used by Thai student demonstrators in 2014 protests against the military government. As Index on Censorship notes, “students started to use the three-finger salute as a symbol of rebellion after the military government took power with a coup on 22 May 2014 and clamped down on all forms of protest, censored the country’s news media, limited the right to public assembly and arrested critics and opponents.” Social activist Sombat-Boonngamanong, according to The Guardian, wrote on Facebook that “raising three fingers has become a symbol in calling for fundamental political rights.”

From these films to Birdman, an award-winning black comedy about an actor’s life post-success impersonating the eponymous superhero cartoon character, to Ten Years, a critically acclaimed and the highly controversial Hong Kong film, Index on Censorship reminds us “how cinema can side up with rights; [how] films have often given protests momentum and a cultural reference.”

See the full list of films from Index on Censorship here.