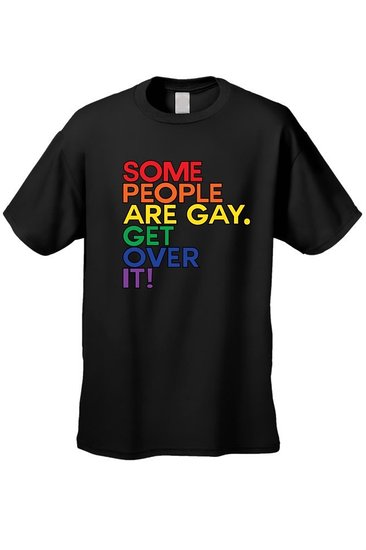 With help from the state chapter of the ACLU, students in Giles County, Tennessee have won the right to wear clothing with pro-LGBT images or symbols in public schools. Rebecca Young, a 2016 graduate of Richland High School, had filed a lawsuit against the district after the school’s principal publicly reprimanded her last year for wearing a t-shirt that read, “Some People Are Gay, Get Over It.”

Due to a newly-implemented dress code policy, though, students still won’t be able to wear that particular shirt or any other “apparel with writing on it, unless it is a school-approved T-shirt or trademark logo.” District officials say the new policy approved by the school board this summer was unrelated to the lawsuit. Even though the new rule seems more restrictive than before, it now passes constitutional muster because it no longer discriminates against one type of speech based on content.

Young wore the “Some People Are Gay” shirt on the first day of school last Fall. Richland High School Principal Micah Landers waited until the end of the school day to reprimand her in front of other students, saying that she would not be allowed to wear the shirt again because it “supposedly made her a target and provoked other students.” The lawsuit said Young had in fact experienced no bullying or other repercussions from fellow students all day. Giles County Director of Schools Philip Wright later affirmed Landers’ position in a telephone conversation with Young’s mother.

When Young and her ACLU attorneys filed the lawsuit last November, she explained her motivation:

I just want my school to be a safe place for all students, free from harassment or discrimination. Wearing the shirt was a way to express my support for gay people and for treating them with respect. The censorship I experienced clearly shows why I felt the need to use my voice this way in the first place.

Castelli, legal director of the Tennessee ACLU, said that the lawsuit “settlement reinforces that students do not shed their constitutional rights at the schoolhouse gates,” ensuring that “Giles County students will no longer face unjust censorship if they choose to express support for the LGBT community while at school.”