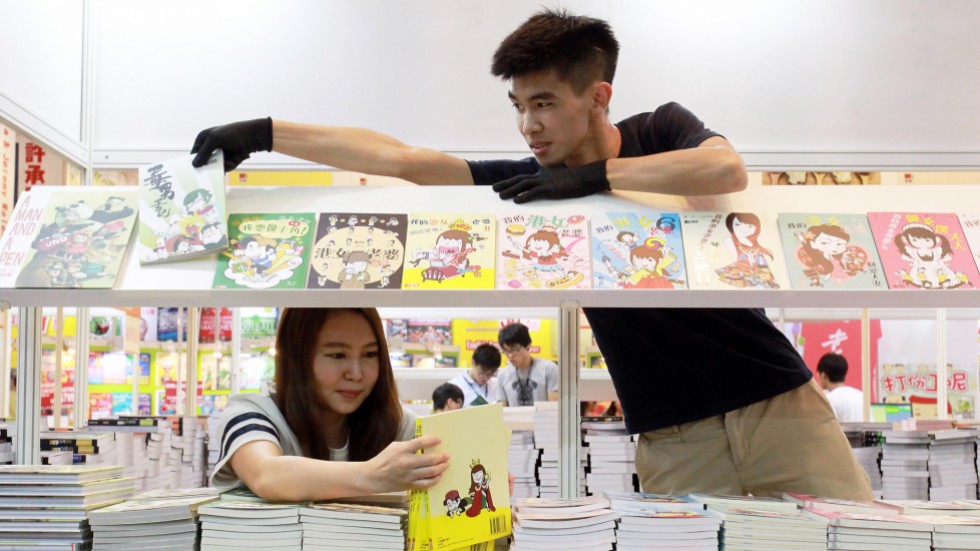 Authorities raided the Hong Kong Book Fair just as it was wrapping up last week, seizing more than 1400 copies of 300 different titles suspected to be obscene or indecent under local law. One unidentified comic was among the books seized, but the Office for Film, Newspaper and Article Administration has refused to provide any further details.

The raid comes at a fraught time for publishing in the semi-autonomous region, in the wake of bookseller Lam Wing Kee’s revelations that he was detained without charge for eight months on the Chinese mainland as authorities sought information on his customers and his employer, Mighty Current Books. Many Hong Kongers saw that incident as the latest breakdown in the “one country, two systems” policy to which China agreed in 1997, when the former British territory of Hong Kong returned to Chinese control. Thousands of residents turned out for pro-democracy protests a few weeks after Lam gave his testimony in a press conference.

Hong Kong has a thriving and largely unfettered publishing industry, churning out slightly scandalous books geared towards mainland Chinese citizens. Mighty Current’s offerings, for instance, include Overseas Mistresses of the Chinese Communist Party and Secrets of Wives of Chinese Communist Party Officials. Two of the books known to have been seized at the fair are Deep Web File and Deep Web 2.0 File, which spotlight illegal activity and taboo information found online, including a how-to guide for cannibalism. The author and publisher of those titles had previously agreed to a recall so the books could be reclassified as “indecent,” meaning they would be sold only to adults over 18 and in a plastic wrapper with a content warning.

In a press release on its website, the OFNAA said that it had also “received one public complaint against a comic book for sale at the Book Fair.” The unidentified comic has now been submitted to the Obscene Articles Tribunal for classification. Depending on the outcome of that decision, the book could be restricted or completely banned, and the publisher could face fines ranging from $400,000-$1,000,000 and/or a prison sentence of 1-3 years.

The OFNAA is under the auspices of the Hong Kong regional government rather than China’s central government, but Simon Reichley of U.S.-based publisher Melville House pointed out in a blog post that “the Hong Kong Book Fair seizures seem to massively outpace the agency’s activities in the first half of the year,” suggesting that they may have been prompted by some outside influence. In any case, Reichley concludes, “it seems impossible that the agency is unaware of the tensions between the restrictive Chinese government and the Hong Kong publishing community.”