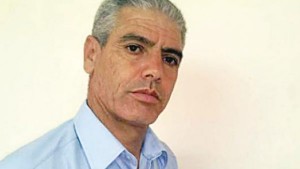 An Algerian appeals court last week sentenced 49-year-old Slimane Bouhafs to three years in prison for insulting Islam and the prophet Muhammad on Facebook. One of the posts included a 2006 Charlie Hebdo cover which showed the prophet weeping over the fundamentalist portion of his followers.

Bouhafs, a Christian convert and activist for minority religious rights in Algeria, had actually been sentenced to five years by a lower court, but the sentence was reduced on appeal. Nevertheless, his lawyers from the Algerian League for Human Rights said the sentence was harsher than they expected, given that they had presented evidence of irregularities with his arrest and previous trial. They had also pleaded for leniency due to “psychiatric troubles” resulting from Bouhafs’ time as a police officer during Algeria’s civil war in the 1990s, when terrorist attacks on civilians were a regular occurrence.

Bouhafs is also a proponent of the Movement for the Autonomy of Kabylie, a separatist group seeking local control of his native province. Although the Charlie Hebdo cover he shared on Facebook was actually a commentary on the ideological distance between Muhammad and some modern Muslims, Bouhafs had his own interpretation (no longer visible on his Facebook page but still found on his blog):

Muhammad is crying because he has already lost in Kabylie and also throughout Algeria. His lie will disappear in Algeria because the light of Christ is here because he is peace and truth the true path.

One of the irregularities cited by his lawyers is that no one has actually alleged being harmed by Bouhafs’ postings: normally such a case would be spurred by an individual or organization pressing charges, but Bouhafs was directly charged by the local prosecutor in the province of Sétif. His blog does not appear to have any regular audience, with not a single comment left on his numerous verbose posts for at least the past several months, and his Facebook page is also sparsely trafficked despite a friends list numbering over 1,700. At the time of his initial trial last month, a statement from the Algerian League for Human Rights suggested that Bouhafs was being prosecuted for political and religious reasons rather than any actual offense or injury done to his fellow citizens or the prophet Muhammad.

After the three-year sentence from the regional appeals court in Sétif, Bouhafs’ next level of appeal would be at Algeria’s Supreme Court. News reports have not yet indicated whether his legal team does plan to appeal.