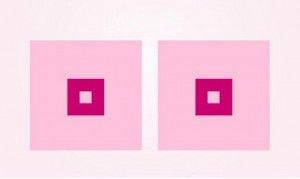 Even health education isn’t safe from Facebook’s arbitrary nudity policy. The Swedish Cancer Society, Cancerfonden, ran into trouble with the social media giant earlier this month when they posted an animated breast cancer awareness video. It was taken down due to accompanying visuals on how to conduct a breast self-exam.

The video, which included information and instructional animations for the important clinical procedure, was abruptly removed from the website. Facebook responded to the removal with a note advising that “your ad can not market sex products or services nor adults products or services.”

In response to the video removal, the organization itself issued an open letter to the social media site expressing their concerns over Facebook’s removal of the video, noting that if needed they would combat the issue by resubmitting the video with two pink squares in place of circles for women’s breasts.

“We understand that you have to have rules about the content published on your platform,” writes the organization. “But you must also understand that one of our main tasks is to disseminate important information about cancer — in this case breast cancer,” adding:

After trying to meet your control for several days without success, we have now come up with a solution that will hopefully make you happy: Two pink squares!

This can not possibly offend you, or anyone. Now we can continue to spread our important breast school without upsetting you.

Although Facebook as a private company, and as such has the right to establish and enforce content policies as they see fit, many have raised concerns over Facebook’s seemingly arbitrary content policy enforcement. Just last month, a Pulitzer Prize-winning photograph from the Vietnam War was removed and then restored over the depiction of child nudity. Artwork from the Philadelphia Museum of Art, a Danish National Treasure, work by Indian graphic novelist Orijit Sen, and famous classical paintings have also fallen victim to Facebook’s content policy despite explicit exemptions for works of art.

In this case, Facebook did see the error of their ways and restored the video, with a formal apology to Cancerfonden. In a statement to The Guardian, Facebook wrote:

We’re very sorry, our team processes millions of advertising images each week, and in some instances we incorrectly prohibit ads. This image does not violate our ad policies. We apologize for the error and have let the advertiser know we are approving their ads.

This situation was a definite win for the breast cancer organization, but as Cancerfonden communications director points out, the removal shouldn’t have even happened in the first place, saying that it is “incomprehensible and strange how one can perceive medical information as offensive. This is information that saves lives.”

← Thai Authorities Crack Down on Royal Critics Online and Abroad
Chick Tracts: Comics in the Service of Censorship →