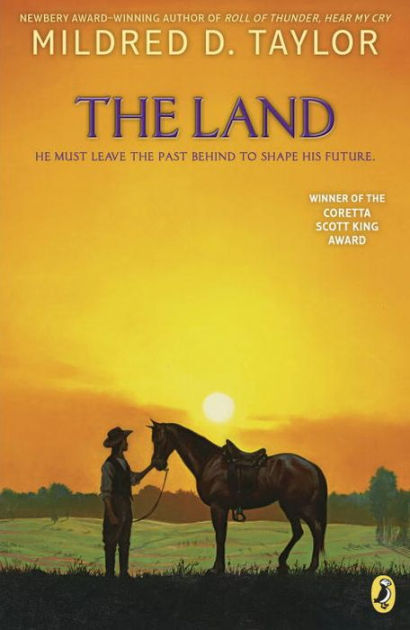 A parent in Marion County, Florida is objecting to the in-class use of the novel The Land by Mildred D. Taylor in her son’s high school English class because the book includes a racial slur used in historical context. Tanya Walker says she does not have a problem with the Coretta Scott King Award-winning novel per se, but the teacher should not say the word “nigger” when reading out loud in class.

The Land is the fifth book in a prequel series about the ancestors of the main character from Taylor’s Newbery Award-winning Roll of Thunder, Hear My Cry, which is set in the 1930s. The Land centers on Paul-Edward Logan, a mixed-race former slave growing to adulthood shortly after the Civil War. The book does not shy away from the ugly reality of racism and discrimination, and includes multiple uses of racial slurs in context. Taylor, who based the books on her own family history, includes an author’s note at the beginning of The Land addressing the sometimes difficult language and events covered inside.

Marion County Public Schools spokesman Kevin Christian told local news station WFTV that while racial slurs are “something that we don’t use on a regular basis,” the teacher has done nothing wrong by discussing the book in class. Roll of Thunder, Hear My Cry has also faced challenges in the past for the same reason, including in Huntsville, Alabama in 2000 where a school board member called the book “trashy trash,” and in Seminole County, Florida in 2004 where the school board voted 5-0 to retain it in the curriculum after a challenge from a parent whose child had already received an alternate assignment. Taylor even touched on the challenges in her 1997 acceptance speech for the ALAN Award from the National Council of Teachers of English:

In the writing of my books I have tried to present not only a history of my family, but the effects of racism, not only to the victims of racism but also to the racists themselves. I have recounted events that were painful to write and painful to be read, but I had hoped they brought more understanding. Now, however, there are those who think that perhaps my recountings are too painful, and there are those who seek to remove books such as mine from school reading lists. There are some who say the books should be removed because the “N” word is used. There are some who say such events as described in my books and books by others did not happen.

Taylor admitted in the speech that based on past reactions to her work she did hesitate to use such strong language in writing The Land, but ultimately concluded that she had no choice:

Just as I have had to be honest with myself in the telling of all my stories, I realize I must be true to the feelings of the people about whom I write and true to the stories told. My stories might not be “politically correct,” so there will be those who will be offended, but as we all know, racism is offensive.

It is not polite, and it is full of pain.

According to WFTV, Walker has scheduled a meeting with her son’s English teacher to discuss her objections to the classroom discussion. Here’s hoping Marion County Public Schools can find a satisfactory resolution that does not detract from students’ educational experience!