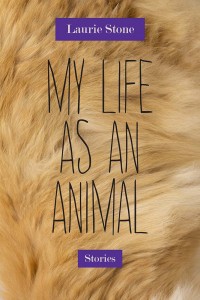 On October 9, author Laurie Stone was supposed to read an excerpt from her new book Life as an Animal for Columbia University’s student-run WKCR radio. But when the station demanded she excise material from the reading, she declined, leading to the cancellation of the reading. Stone recently spoke with Ian Dreiblatt about the censorship.

“I thought they wanted to familiarize themselves with my writing,” Stone told Dreiblatt about WKCR’s request for a sample of what she planned to read. “It did not cross my mind they were vetting content, and they did not state that purpose. If they had, I would have refused to hand over my texts.”

Stone was contacted just hours before the appearance. Student producer Sarah Courville asked Stone to censor a line from one of her chosen excerpts, a portion of a story entitled “When People Fall, I Laugh (After Édouard Levé),” citing concerns that the selection might not “reflect our station’s values and more importantly our university’s values.” In particular, the station took exception to the last sentence in the following passage from the story:

When my mother was in her 90s and close to death, she leaned against the door of her bedroom and said, “I wouldn’t have had children if anyone had asked me, which they didn’t.” The remark makes me miss her much in the way I missed her when she was alive. I think women who live in secular countries and conform to religious dress codes make the lives of all women less free and less safe.

Stone refused to remove the statement, and the station subsequently cancelled the reading. (Stone offers a lengthy explanation of the passage to Dreiblatt, which you can read here.)

Subsequent backlash from the community and free speech organizations like NCAC led to a public apology from WKCR a few short days later. The apology noted that Columbia University does “strongly believe in robust freedom of expression, especially about challenging ideas.” Acknowledging the misinterpretation of the school’s own policy as well as how the situation was handled, WKCR noted that they would use the situation as “an opportunity to demonstrate our commitment to free expression of our guests and programmers.”

The apology did not mention nor was it directed to Stone. The station reached out to make her aware of the apology, but she asked that the station identify her by name. They declined. She tells Dreiblatt:

“I think when you speak in a damaging and insulting way to a particular person, you need to apologize to that person and name the offense. The vague language feels like another form of silencing and shooing off a pesky complainer. I serve as a learning experience for the students. Which students? What did they learn?”

Columbia University isn’t the only institution to abruptly cancel author readings due to content concerns. Earlier this year, the Round Rock Independent School District in Texas disinvited author Phil Bildner from its schools after he recommended a book featuring a transgender protagonist. Mount Horeb Area School District in Wisconsin canceled a reading of the children’s book I Am Jazz last year after a conservative Christian non-profit threatened to sue the district.

For her part, Stone restates a refrain commonly heard in the free speech community. “I believe in freedom of speech, and I believe you defang with eloquent argument speech you think is wrong,” Stone said in response to Dreiblatt’s query about balancing free speech and freedom from harm.

You can read more of Stone’s response to the censorship here.