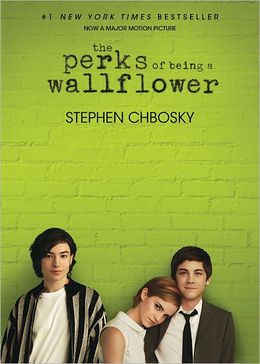 Update 12/2/16: After a public meeting attended by over 100 people last night, Dubuque Community Schools’ review committee unanimously voted to retain The Perks of Being a Wallflower in the curriculum. More than 40 members of the public offered comments, and according to local news station KWWL “the overwhelming majority of those who spoke over the course of three hours defended the book.” Kudos to the committee members and to Dubuque!

Original story: In response to a parent request to ban Stephen Chbosky’s The Perks of Being a Wallflower from the curriculum at Hempstead High School in Dubuque, Iowa, CBLDF and other members of the Kids’ Right to Read Project this week sent a letter to the Dubuque Community Schools review committee that is tasked with deciding the book’s fate. The letter outlined the legal pitfalls of removing any book based on complaints from a few parents and urged committee members to keep in mind that district policy says the sole criterion for their final decision should be “the appropriateness of the materials for its [sic] intended educational use.”

The challenge to Perks was lodged by Jodi Lockwood, the mother of a high school senior currently enrolled in the Contemporary Literature class at HHS. Even though the teacher had already accommodated Lockwood’s request for an alternate assignment for her own son, she says she wants the book removed altogether because she is “concerned for the whole class.” Her areas of concern included “prevalent, graphic sex scenes” as well as alcohol and drug use in the book. In fact, Perks contains some discussions of sex, along with characters grappling with their sexuality and recovering from sexual abuse. Teen alcohol and drug use is depicted as part of an unhealthy cycle of self-loathing and emotional repression which the characters come to recognize and confront by the end of the book.

In the letter sent on Monday, KRRP partners emphasized the legal can of worms that would be opened up by allowing one or a few parents to dictate the curriculum:

Removing the book from the classroom in response to a few complaints, especially when an alternative text can be offered instead, privileges the concerns of a small group of vociferous complainants over those of parents who want their children to read the  book. As courts have observed, no parent has the right “to tell a public school what his or  her child will or will not be taught” Blau v. Fort Thomas Public School District, et al. 401 F.3d  381, 395 (6 th Cir. 2005). Otherwise, schools would be forced to “cater a curriculum for each student whose parents had genuine moral disagreements with the school’s choice of subject matter” Brown v. Hot, Sexy and Safer Productions, Inc. 68 F.3d 525, 534 (1 st Cir. 1995).

Below, check out the full letter, co-signed by the National Coalition Against Censorship, the National Council of Teachers of English, American Booksellers for Free Expression, Association of American Publishers, Authors Guild, ​American Society of Journalists and Authors, and PEN America.

KRRP Letter in Defense of PERKS OF BEING A WALLFLOWER, Dubuque, IA by betsy.gomez on Scribd