In a recent article, The New York Times contributor Perri Klass notes that introducing banned books into children’s reading time can provide two valuable learning opportunities: the opportunity to discuss the content of the books themselves and a broader discussion about why that content might be perceived as controversial.

Klass included some recommended banned reading in the article — a few of which CBLDF has helped defend. 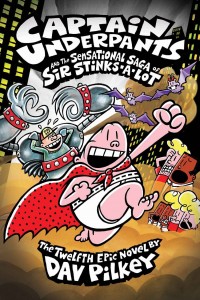 In 2012 and 2013, the popular children’s series topped the American Library Association’s annual list of most challenged books. The reason: offensive language, unsuited for age group, and violence. In 2015, the latest volume in the series came under attack again at a Michigan elementary school over an allusion to a gay character, which resulted in the banning of the book from the school’s book fair.

Despite what objectors say, though, the series continues to be one of the most popular amongst young readers— a fact that should be celebrated, according to author Dav Pilkey. For Banned Books Week 2015, Pilkey produced a video in which he asked parents to change the way they approached challenging materials:

All that’s required is a simple change. Instead of saying ‘I don’t think children should read this book,’ just add a single word: ‘I don’t think my children should read this book’… When it comes to books, we may not all agree on what makes for a good read — but I hope we can agree that letting children choose their own books is crucial to helping them learn to love reading… While changing ourselves we can still allow everyone the freedoms they deserve.

I Am Jazz by Jessica Herthel & Jazz Jennings

Based on the story of Jazz Jennings and her transition from a boy to a girl, for some communities this children’s book has been too controversial. In 2015, after facing a possible lawsuit from the conservative Christian non-profit Liberty Counsel, Mount Horeb Area School District in Wisconsin abruptly cancelled a reading of the book.

In response to the decision, the community and free speech organizations across the United States, including CBLDF, came to the defense of the book. Special readings of the book were scheduled by different community groups and the positive message and educational value of the story went nation-wide. More than 3,500 people stood in support of Herthel and Jennings mission to educate and defend against discrimination of transgender people by arranging over 50 individual readings.

As Herthel reminds us, “Young people especially need books that shed light on a diversity of experience, background, culture, gender, and religion,” adding:

Books that feature people of color, people with disabilities and people seeking answers to questions about gender identity create opportunities for learning and openness. This is the only way we can ever hope to stop being ‘them and us’ and become ‘we’.

Klass echoes these sentiments by pointing out that books that tackle these sometimes controversial subjects are the important ones that children need to read in order to get out of their comfort zone and grow their understanding of the world around them. 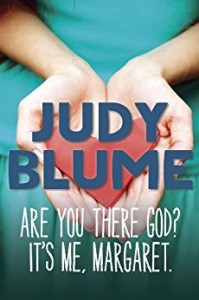 Are You There God? It’s Me Margaret by Judy Blume

Beloved  YA author Judy Blume is no stranger to controversy and has been a long-time advocate for children’s individual rights to choose what they read. She’s called people “cuckoo” for trying to get books banned, and firmly believes that children are more than capable of making their own reading decisions.

Critics of Blume’s work like Are You There God? It’s Me Margaret feel that tackling the subject of puberty is just too much for kid’s to be exposed to in books. Since she began writing in the late ’60s, controversy has followed her openness to include a subject that impacts all children growing into young adulthood. “I think the feeling was, if my child doesn’t read this, my child won’t know about it or it’s not going to happen to my child,” said Blume. “I used to get up there on stage and say, I have news for you, your kids are going to go through puberty whether you like it or not, so why not help them — it’s going to happen whether they read my books or no books or somebody else’s book.”

Help support CBLDF’s important First Amendment in 2017 work by visiting the Rewards Zone, making a donation, or becoming a member of CBLDF!