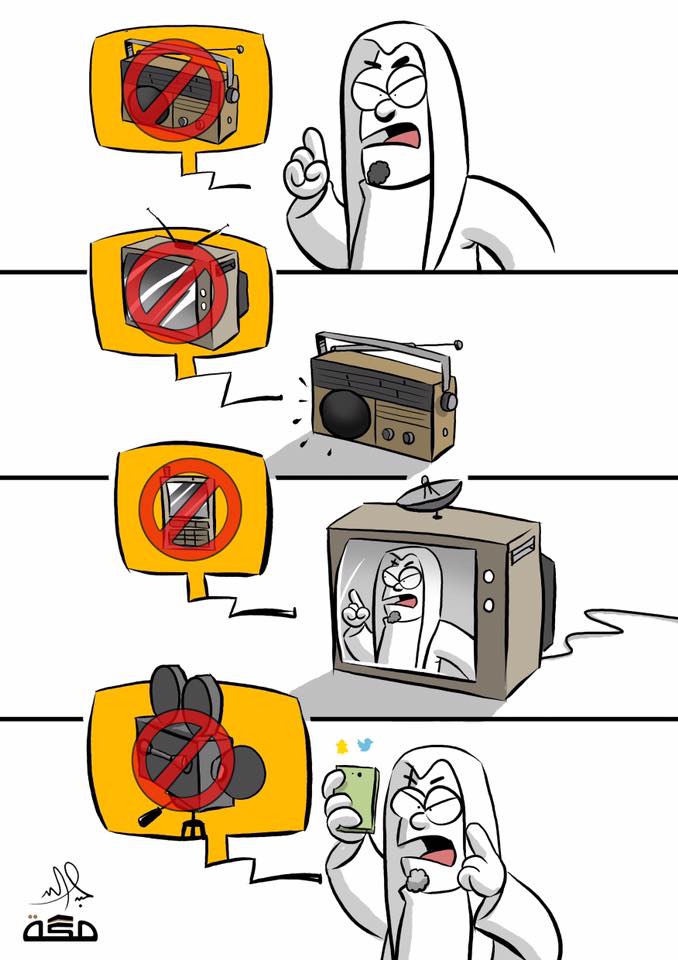 In January 2016 the popular Saudi political cartoonist Abdullah Jaber seemingly disappeared from social media, fueling speculation among fans and colleagues as to what might have befallen him. He finally resurfaced 10 days later to quell rumors of arrest or worse, but also announced that the kingdom’s government had banned him from distributing cartoons for the time being. Just over a year later, the ban is lifted and Jaber recently spoke to Al Arabiya English about the delicate balancing act required of many Arab cartoonists.

Without directly addressing the cartoon that led to last year’s ban, Jaber told Al Arabiya that “caricaturists in the Arab world have to express their opinion while at the same time agreeing with the government’s opinion, otherwise, they would not be allowed to be published at all.” Even his Simpsons-inspired style stems from a conscious effort to distance his work from any specific real-world figures, he said.

In our region, caricature is surrounded by numerous short-lived red lines which drive the cartoonist to maneuver and overcome a myriad of restrictions. On the other hand, readers today value smart ideas that respect their intellect and renouncing [sic], at the same time, the one-dimensional ideas. This is the reason why my cartoons are mostly coded and symbolic of ideas I can carry on.

In spite of the numerous restrictions on his work, Jaber still manages to produce sharp satire–as in the cartoon above, illustrating the constant and ultimately futile struggle to suppress each new form of media as it arises. Read the full interview with Jaber here, and check out more of his work on his Facebook page.