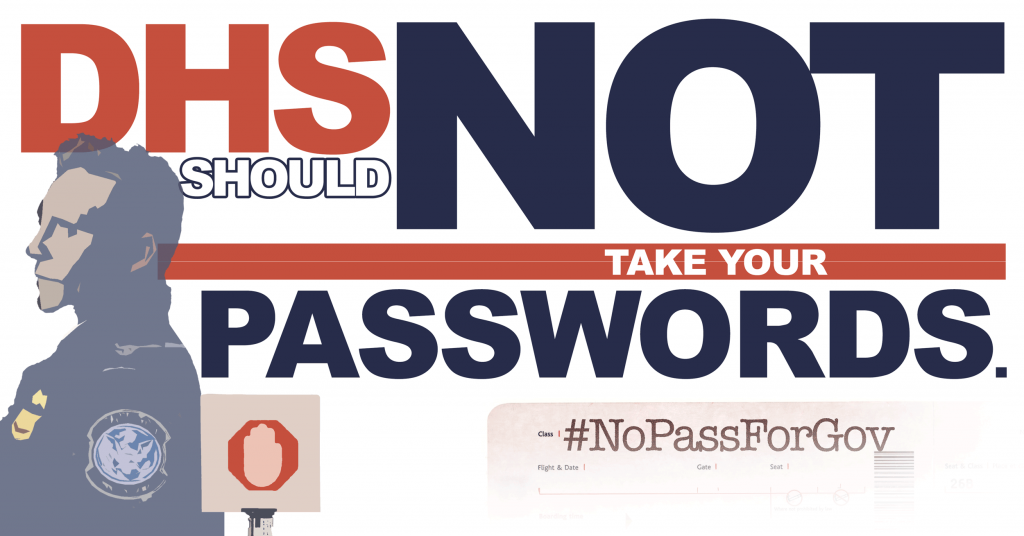 CBLDF has joined a statement condemning a Department of Homeland Security proposal that would require non-citizens to provide their social media passwords as a condition of entering the United States.

The statement warns, “Freedom of expression and press rights, access to information, rights of association, and religious liberty are all put at risk” under the DHS proposal, which would do nothing to increase the security of U.S. citizens. The proposal would invade the privacy of foreign nationals and everyone in their social networks, potentially including millions of U.S. citizens. The proposal also could put U.S. citizens at risk as other nations emulate DHS’s practices by demanding the passwords of American citizens when they travel abroad. As the statement proclaims, “The first rule of online security is simple: Do not share your passwords. No government agency should undermine security, privacy and other rights with a blanket policy of demanding passwords from individuals.”

CBLDF joins a massive coalition of human rights and civil liberties organizations, trade associations, and experts in security, technology, and the law on the statement, which can be read in full below.

NO to DHS Social Media Password Requirement by betsy.gomez on Scribd