Follow the links provided or keep reading for additional details! 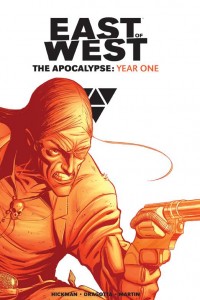 If you’re a fan of East of West, don’t miss out on this beautiful hardcover collecting the first fifteen issues of the critically-acclaimed series! We are currently offering a limited number of copies, signed by author Jonathan Hickman! Donate here to get your own copy! 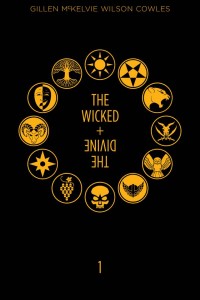 For the first time, CBLDF is offering The Wicked & The Divine Year One hardcover signed by author Kieron Gillen! This hardcover collects the first eleven issues of the award-winning series, and is available here! 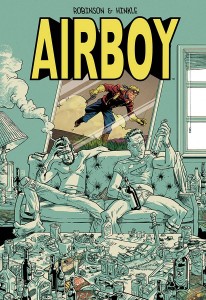 Airboy is a genuinely funny, brutally honest, and innovative story about its own creators, James Robinson and Greg Hinkle, as they try to collaborate on a reboot of 1940s action hero Airboy. This miniseries is now available in deluxe hardcover edition from CBLDF for the first time! Donate here to receive a copy of the book, signed by author James Robinson! 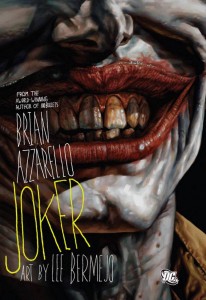 We are currently offering Joker hardcover, signed by either author Brian Azzarello OR artist Lee Bermejo! In this original graphic novel, the Joker faces a slew of villains competing for control of Gotham, and will go to extreme lengths to come out on top. Grab a copy, signed by either member of the creative team, by donating here! 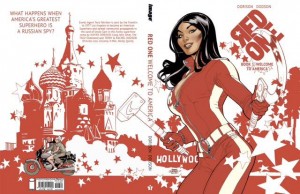 Red One takes place in 1977 Los Angeles and follows a Soviet Agent posing as an American superhero in order to spread communism to America. We are currently offering the first volume, which collects the first two issues as well as bonus material. Get this oversized hardcover, signed by artist Terry Dodson, by donating here!