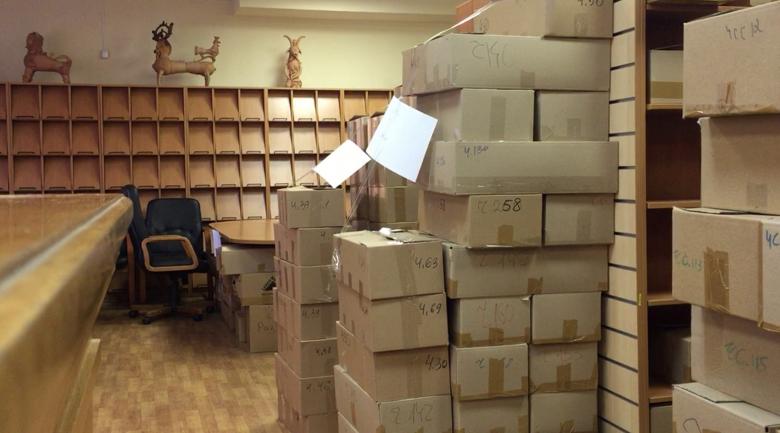 Over a year after the former director of Moscow’s Library of Ukrainian Literature was arrested and charged with “inciting ethnic hatred” through books, the city government appears to be quietly shutting down the library with a specious “merger” into a smaller space elsewhere in the city. Technically the space remains open and staffed, but it is void of books and the cultural events that it used to host, apparent casualties of a crackdown on ethnic Ukrainians within Russia.

In November 2015, then-director Natalia Sharina was arrested after the library and her personal residence were raided by police. In the library, they claimed to have found books by Ukrainian nationalist Dmitry Korchinsky, although Sharina and her employees maintained the books were planted there. Whatever the case, authorities charged her under vague anti-extremism laws that ignore a key mission of librarians in all free societies: building a collection that serves all constituencies, regardless of one’s own viewpoint.

Since that time, Sharina has been held under house arrest. Her trial finally began in November 2016 and is still ongoing. Meanwhile, her replacement as director of the Library of Ukrainian Literature refused to speak directly to a Reuters reporter but had already “reduced opening hours, stopped home lending, halted acquisitions, and made readers show passports to gain entry” even before the all the books were packed into boxes. Although city authorities claim the collections are being transferred to a Slavic cultural center elsewhere in Moscow, that building can only accommodate a fraction of the Ukrainian library’s 52,000 items. One brave employee at the now-empty library did speak to Reuters, wryly observing that “we’re keen to find out what kind of new life the library can have without any books.”

Vitaly Portnikov, a Ukrainian commentator for Radio Free Europe, has no doubt that the closure is a deliberate erasure of Ukrainian culture within Russia:

They want to prove that we are ‘one people.’ To do that, you need to destroy everything that constitutes the cultural uniqueness of the Ukrainian people. In such a situation why have a Ukrainian library in the center of Moscow?

After repeated extensions of her house arrest since 2015, former library director Natalia Sharina last month appealed to the European Court of Human Rights, arguing that the Russian government has not provided any compelling justification for keeping her detained that long. Her current house arrest is set to expire on April 28.