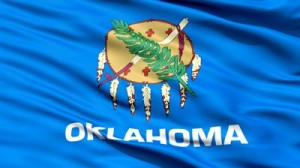 CBLDF has joined a letter from the National Coalition Against Censorship opposed to an Oklahoma bill that would allow teachers to impose personal beliefs on “scientific controversies” rather than adhering to scientific consensus.

SB. 393, the “Oklahoma Science Education Act,” would allow teachers to depart from scientific consensus on topics such as climate change and evolution. Proponents argue that the bill advances intellectual freedom and the First Amendment rights of teachers, but such bills are often a direct attack on science education. If passed, the bill would allow teachers to offer alternative theories to climate change, evolution, and other topics without requiring that the ideas have scientific evidence in support of them.

As NCAC writes, “The First Amendment does not require the presentation of all views about every scientific subject, because not all theories are equally valid or supported by evidence.” As NCAC also points out, scientific instruction should be limited to facts, not beliefs:

The imposition of personal views on education, whether it’s science or not, represents a dilution of education standards. Several states have seen similar legislation proposed. CBLDF recently joined NCAC in protesting a South Dakota bill that sought to make the same allowances for personal beliefs in instruction. That bill was effectively defeated when the committee reviewing it tabled it until a date after the end of the legislative session. Florida is also considering bills that would allow any tax payer — not just parents in a given district — to challenge instructional materials.

Read the letter to the Oklahoma State Senate below.

Oklahoma SB 393 Letter from NCAC by betsy.gomez on Scribd