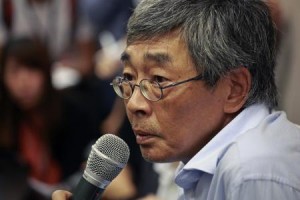 Lam Wing Kee, one of five Hong Kong-based booksellers who mysteriously disappeared in 2015, is resurrecting his store, this time in Taipei, Taiwan.

Lam managed Causeway Bay Books in Hong Kong, a small independent shop that specialized in politically-sensitive publications that had been banned in mainland China. In late 2015, Lam and four other Hong Kong booksellers disappeared. Their disappearance and subsequent release led to widespread denouncement and protest over the move, which was eventually confirmed to have been perpetrated by Chinese authorities.

Four of the men have been released, but Swedish national Gui Minhai, who is a shareholder with Mighty Current and the owner of Causeway Bay Books, is still in custody for an alleged drunk driving offense that many believe is a false accusation.

Unlike the other booksellers, Lam has no family on the mainland who could be used as leverage by authorities, so Lam has spoken openly about his ordeal, which included months of detention and interrogation at the hand of mainland Chinese authorities. During their detainment, Lam and three others “confessed” on Chinese state television to trading banned books, but Lam confirmed after his release that the confession was coerced and scripted.

Lam’s Hong Kong store was shuttered in his absence, but he is working to bring it back to life, this time in Taiwan, which has better protections and more robust market for booksellers and journalists. “It will be more like a symbol — a symbol of resistance — just like Causeway Bay Books has done before,” Lam said in an interview with Nikkei Asian Review.

The new store is funded by pro-democracy activists from Hong Kong and scheduled to open later this year. Lam is guiding the process, but he won’t be involved in the day-to-day operation — he has chosen to remain in Hong Kong despite asylum offers from both Taiwan and the United States. “You might choose to escape abroad, but then you are only enjoying the fruits of others,” he declared. “As a native Hong Konger, I would stay here to fight for democratic changes.”