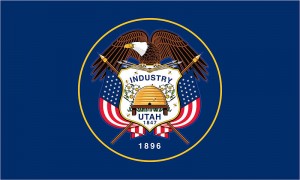 Following action by the Utah legislature to repeal a statewide ban on “advocacy of homosexuality” in schools, the state’s Board of Education unanimously voted last week to also repeal its corresponding administrative policy. The ban notably led the Davis School District to restrict student access to the picture book In Our Mothers’ House in 2012 because it depicts a family headed by two women.

The state was facing a lawsuit filed by Equality Utah and the National Center for Lesbian Rights on behalf of three anonymous students. The law and policy prohibited any classroom discussion or materials that could be construed as “advocating” homosexuality, with the result that issues like same-sex marriage and bullying of LGBTQ students were often simply ignored.

After In Our Mothers’ House by Patricia Polacco was moved behind the service counter in the library at Windridge Elementary School in the Davis School District, where students needed parental permission to check it out, a parent successfully sued to have it restored to open circulation. The district conceded at the time that the state law applied only to classroom materials and not to every book on library shelves. Windridge Elementary librarian DaNae Leu received the Downs Intellectual Freedom Award in 2014 for her tenacious defense of the book.

Although the new statewide health curriculum law passed by the legislature last year no longer bans favorable or neutral mention of LGBTQ issues, it is still far from perfect as it requires health teachers to “stress…the importance of abstinence from all sexual activity before marriage” and continues to prohibit “the advocacy or encouragement of the use of contraceptive methods or devices” in any situation. While the law does a disservice to all students by withholding information from them, at least it no longer discriminates against some of them as well.