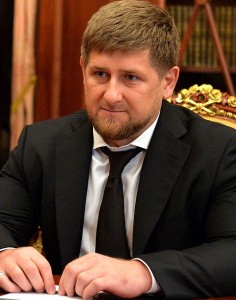 The predominant religion in Chechnya is Islam, and Charlie Hebdo is a noted critic of fundamentalist belief in religion, frequently drawing criticism for cartoon depictions of the prophet Muhammad. The magazine also recently published cartoons that mocked Chechen leader Ramzan Kadyrov over his ongoing violent campaign against gay men in the country.

Chechen retailers don’t carry the physical magazine, but the cartoons can still be accessed online, so a prosecutor in the country has asked the court in the Chechen capital Grozny to “limit access to materials pursuing the aim of insulting the religious feelings of believers and whose distribution could serve as incentive for creating national, racial or religious hatred and adversity.” The statement from the prosecutor’s office didn’t specify which websites or content should be blocked.

Kadryov himself has engaged in direct attacks on Charlie Hebdo. In May, he said that the magazine’s “editorial policy is immoral and inhuman…and has nothing to do with freedom of expression.”

Charlie Hebdo‘s publication of cartoons depicting Muhammad led to one of the most violent attacks on free expression seen in recent history. In January 2015, gunmen stormed the magazine’s Paris offices in 2015, killing a dozen people including several cartoonists. While most of the rest of the world rallied around Charlie Hebdo after the attack, Chechen citizens instead protested the paper. Shortly after the attacks, hundreds of thousands gathered to protest the “vulgar and immoral” cartoons of Muhammad that the magazine published.

Kadryov is backed by Russian president Vladimir Putin. Notably, Putin is none-to-friendly to free expression. During his early presidency, Putin banned a widely popular satirical television show that openly mocked Russia’s politicians. Some Russian artists and cartoonists also felt obligated to engage in more acts of self-censorship to ensure their safety, especially after members of Pussy Riot were imprisoned for protesting in Moscow’s largest cathedral. A former Russian library director, Natalia Sharina, is currently facing charges for  “inciting ethnic hatred” over books she kept in Moscow’s Library of Ukrainian Literature.

When it comes to free speech, the Chechen apple doesn’t fall far from the Russian tree. We’ll continue to follow the story.