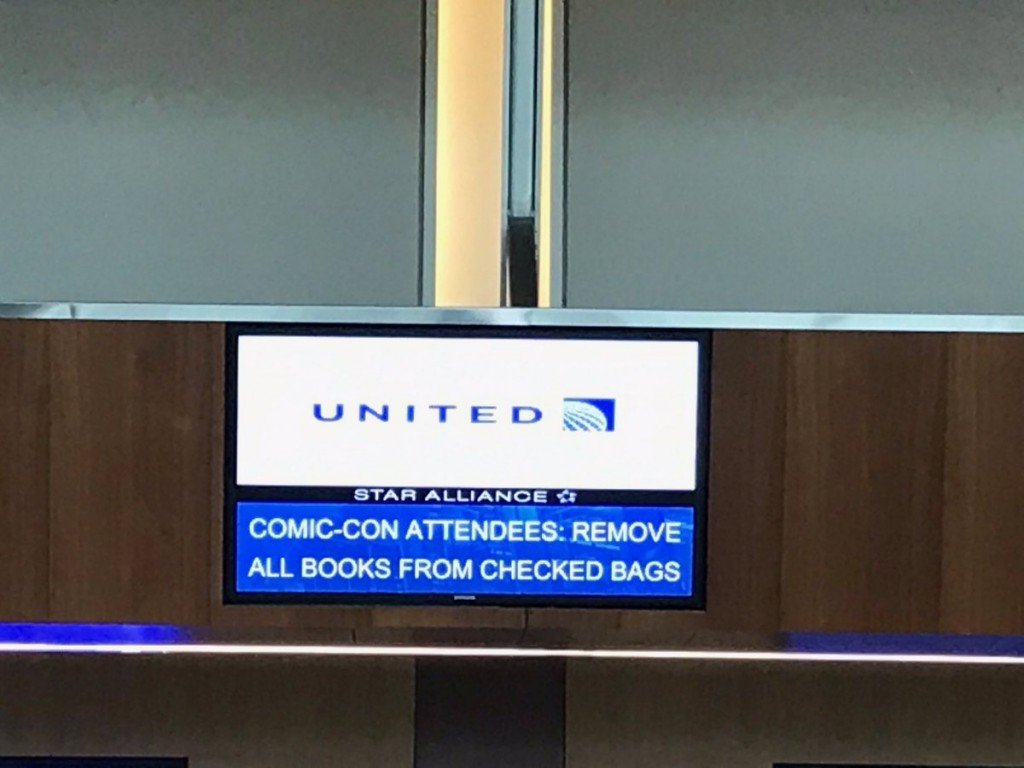 Confusion reigned this weekend for Comic-Con attendees departing from San Diego International Airport, as United Airlines claimed that the Transportation Security Administration was allowing comic books in carry-ons but not checked bags. The TSA later said it had imposed no such restriction, and ultimately United allowed that it may have mistaken an informal packing guideline for an actual government regulation.

The puzzlement began on Sunday morning when a traveler posted on Twitter a United information board that instructed Comic-Con goers to “remove all books from checked bags.” By late afternoon, United clarified that the restriction was only for comic books and added that it “applies to all airlines operating out of San Diego this weekend and is set by the TSA.”

Needless to say, that agency soon faced a barrage of questions regarding the dubious restriction, but it deflected blame back to United. TSA spokesperson Lorie Dankers told Ars Technica yesterday that “I don’t know how United went ahead and stated a TSA policy incorrectly,” but “comic books are not a security threat and we encourage travelers to bring them if they so choose.”

Dankers theorized that United may have misinterpreted guidance that the TSA offered SDCC attendees last year, which did recommend packing stacks of comics in carry-on bags only because a dense mass of paper in a checked bag “often causes alarms leading to bag searches which can cause a significant slowdown in the screening process.” This was presented only as a suggestion to ensure smooth travels, however, and the TSA says it never imposed restrictions on any type of book in either checked or carry-on luggage.

By midafternoon yesterday, United confirmed in an email to Ars Technica that “we misunderstood TSA’s instructions and regret any inconvenience this may have caused our customers.” But in light of recently-reported pilot tests of extra screening for books in carry-on bags too, comics fans may well be left wondering just how they can get through the airport with minimal hassle and scrutiny.