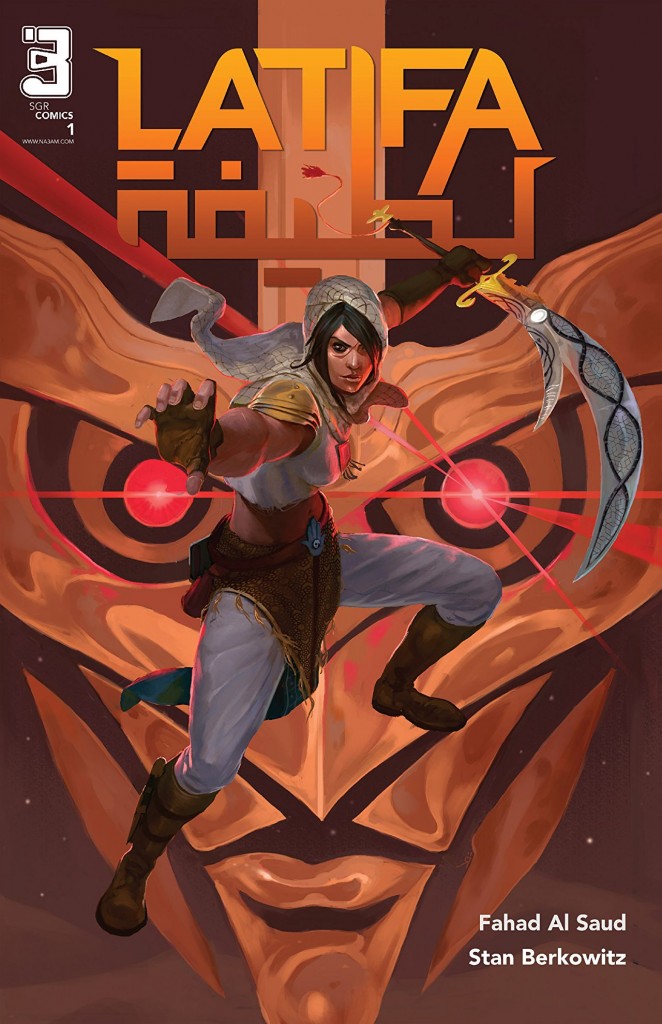 Earlier this year, comics fans in Saudi Arabia made an unexpectedly strong showing at the kingdom’s first officially sanctioned Comic Con, where both men and women eagerly browsed their favorite books and showed off their cosplay–albeit not without restrictions. Also launched at that event was a series that imagines a far different future: Saudi Girls Revolution, featuring its first heroine Latifa fighting mutants with her talking sword. Perhaps even more surprising is the fact that the series was conceived and co-created by Fahad Al Saud, one of thousands of Saudi princes.

The Stanford-educated Al Saud, who was previously involved in launching Facebook in Arabic, said that he learned English from reading American comics and counts the X-Men’s Psylocke and Storm as his favorite characters. “In every single comic book or video game with a female character, she has been my favorite,” he told Arab News. “I think that whole experience just turned my hobby into my profession.”

The kingdom’s Ministry of Information and Culture recently granted permission for the first issue in the series, Latifa: I Am Not Latifa, to be sold in stores. That approval was not easy to obtain, but Al Saud says he actually expected the authorities to resist more than they did, telling German wire service DPA “to be honest, I’m a bit disappointed. I thought I would have to fight more.”

According to American co-writer Stan Berkowitz, the first issue involves a post-apocalyptic prison camp for women who are “delinquent[s], trouble-makers, free-thinkers and the plan is to make them docile citizens.” Latifa herself is not detained in the camp, but is involved in helping the prisoners to escape. Al Saud says that the series title is based on the idea that “each girl in her own personal growth is going through a revolution. It’s a spiritual one, an identity one, a political one, a societal one, depending on that girl’s story.”

The book was edited by Rozan Ahmed, a British Muslim woman of Sudanese descent. In a video interview with Vice News, she expressed the hope that “what we have created within a fantasy universe can be translated into the real world through inspiration.” Al Saud adds that he feels obligated to push the cultural conversation forward through art, in a sense “warming the seat up for when the government decides to get there.”

Latifa: I Am Not Latifa is available in English from ComiXology. Al Saud’s company New Arab Media also released an accompanying mobile game, Latifa: The Bedouin Blade. Next up in the series: the story of Thara, a rebel militant seeking “to be recognized as the strongest full-human fighter that ever existed.”