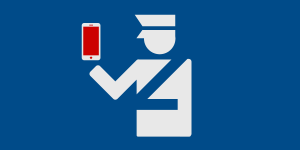 Civil liberties organizations are crying foul after the Department of Homeland Security this week quietly released sweeping plans to collect social media information on all immigrants to the United States, including those who already have citizenship or legal permanent resident status in the country.

The procedure set to go into effect on October 18 will entail storing “social media handles, aliases, associated identifiable information, and search results” in each immigrant’s file along with information that’s already collected such as photos and vital statistics, but the details of implementation are still unclear. As BuzzFeed first reported this week, the policy could affect anyone who interacts with an immigrant via social media as well, since that person’s account could be under DHS surveillance.

A spokesperson for DHS told Gizmodo’s Matt Novak that the policy is actually not new, but simply puts into writing what was already standard practice–namely, that the department “has and continues to monitor publicly-available social media to protect the homeland.” Novak remained skeptical, however, since DHS did not address any of his specific questions about the policy such as why it applies to naturalized citizens.

After news of the policy broke, ACLU national political director Faiz Shakir issued a statement on its implications:

This Privacy Act notice makes clear that the government intends to retain the social media information of people who have immigrated to this country, singling out a huge group of people to maintain files on what they say. This would undoubtedly have a chilling effect on the free speech that’s expressed every day on social media. This collect-it-all approach is ineffective to protect national security and is one more example of the Trump administration’s anti-immigrant agenda.

The social media policy is just the latest in a string of recent clashes between security and digital privacy. Earlier this year, then-DHS Secretary John Kelly brought up the possibility of requiring all travelers to the U.S. to turn over their social media passwords, not just usernames. That plan naturally met with stiff opposition from numerous groups including CBLDF, but it seemed to still be in the works a few months later when 29 advocacy organizations formed the Fly Don’t Spy Coalition. The status of the password requirement is unclear since Kelly’s departure from DHS to become White House Chief of Staff.

Then last week, the ACLU and the Electronic Frontier Foundation filed a lawsuit challenging the longstanding assertion from DHS that its agents in ICE and CBP have the authority to conduct a warrantless search of anyone’s smartphone or other electronic device at a border crossing or port of entry. Most of the 11 plaintiffs in that case who have been subjected to such searches are U.S. citizens, some native born and some naturalized.