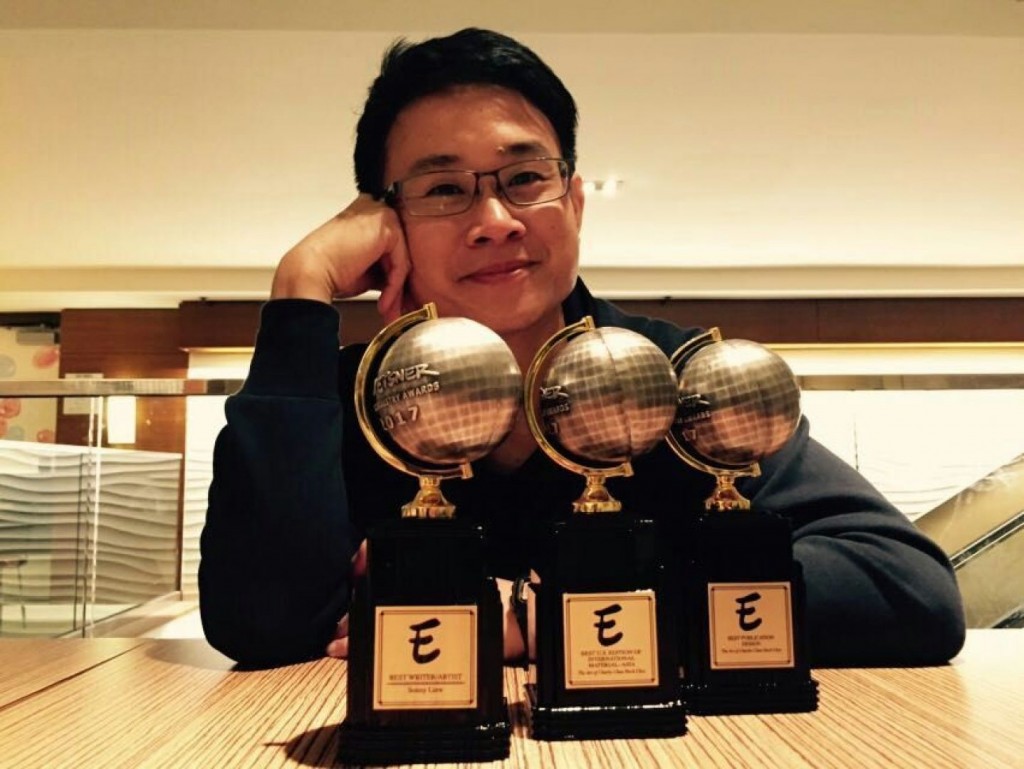 In 2015 just before publication of Sonny Liew’s tour de force graphic history of Singapore, The Art of Charlie Chan Hock Chye, the city-state’s National Arts Council suddenly got cold feet and revoked a promised grant due to the book’s “sensitive content.” Two years later Liew’s work is a multiple Eisner-winning international hit, and the tables have turned: now he’s the one who declined another grant from NAC for his next book, citing “the compromises involved in a relationship where genuine dialogue is so limited.”

Liew had already accepted the first portion of a $19,000 Creation Grant (in Singapore dollars; about $14,000 USD), but is in the process of returning the money since it became clear that the government agency still expects to set certain conditions for what he creates. The previously revoked publication grant for Charlie Chan Hock Chye was $8000 (about $5940 USD). After Liew won three Eisner Awards this year in spite of losing that early support, the NAC offered tentative congratulations in a Facebook post without mentioning the title of the book. This was a clue to the organization’s continuing attitude towards him, Liew says:

The official stance as far as I can make out is that they can support me as an artist, but not the book itself. It’s an odd schizophrenic approach, with rather grey boundaries – how do you separate the cartoonist from her or his best known work to date?

The Art of Charlie Chan Hock Chye chronicles Singapore’s turbulent history in the latter half of the 20th century through the life of the fictional title cartoonist. Liew adopts various narrative “voices” by using different artistic styles and incorporates realia such as photographs and news clippings to bring Charlie to life, often contradicting the upbeat official narrative of the city-state’s formative years. When the NAC grant was revoked in 2015, an official explained that the book’s “sensitive content, depicted in visuals and text, did not meet our funding conditions.”

Liew said that his decision to decline the more recent Creation Grant was partly due to scheduling issues, but that there was “more to it” than that. He alluded to the experience of Jeremy Tiang, a novelist who also recently lost part of a promised NAC grant after he submitted the first draft of his book State of Emergency and the Council determined that “the content…deviated from the original proposal.” Tiang finished the book without the NAC funding, and like Charlie Chan Hock Chye it also became a critically praised bestseller.