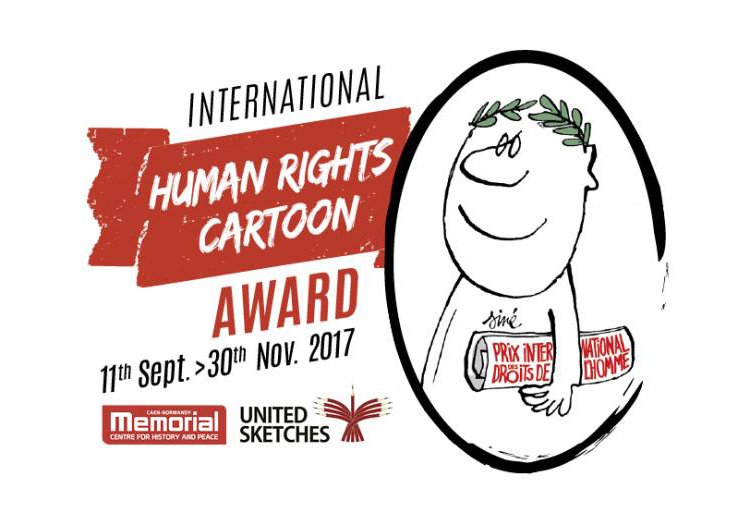 Exiled Iranian cartoonist Kianoush Ramezani, who was forced to flee his native country when the regime took notice of his work in 2009, has established a new international prize to recognize cartoonists who are speaking out on issues of human rights anywhere in the world. Submissions for the International Human Rights Cartoon Award are open now until Nov. 30 through Ramezani’s organization United Sketches.

Ramezani, who now lives in France, has long been an impassioned advocate for cartoonists’ freedom of expression. In 2014 he established the Sketch Freedom International Cartoon Expo in Gothenburg, Sweden, and the following year founded United Sketches with the twofold mission of defending free expression and supporting cartoonists in exile worldwide.

The new awards, also known as the Prix Mémorial, include a grand prize of €3000 (about $3590) and three special prizes of €1000 each: a people’s choice award, a youth award, and a third in memory of former Charlie Hebdo cartoonist Siné, who was fired from the magazine in 2008 and died last year at 87.

Winners will be announced during a speech competition during the weekend of January 26-28, 2018, and their cartoons will be published on United Sketches’ website and social media accounts. Full contest rules and specifications can be found here.