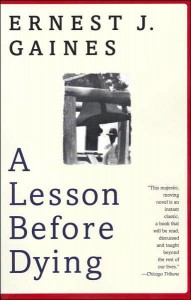 In the wake of a draconian censorship directive from the superintendent of schools in Dixie County, Florida, numerous students, teachers, parents, and community members are speaking up in defense of the freedom to read. The order from Superintendent Mike Thomas targets for removal any library materials, textbooks, or supplemental texts that contain “profanity, cursing, or inappropriate subject matter.”

On October 5, CBLDF joined with other members of the Kids’ Right to Read Project in sending Thomas a letter that details how the blanket ban contravenes the school district’s own policies, not to mention the First Amendment. Since that time the district has also received letters from ALA’s Office for Intellectual Freedom, the Florida Library Association, and the Florida Association for Media in Education.

Millie Davis, director of the Intellectual Freedom Center at the National Council of Teachers of English, wrote a blog post detailing the community response to the directive as well as the challenge that may have prompted it in the first place. Apparently one parent lodged a complaint regarding A Lesson Before Dying by Ernest J. Gaines, but instead of following the district’s existing challenge policy Superintendent Thomas simply tried to ban all books containing profanity or “inappropriate subject matter” for all students.

As we pointed out previously, Thomas may not have been aware that his directive would decimate the district’s curriculum and libraries. At least three out of four books from the 8th grade summer reading list, for example, have previously been challenged elsewhere for violence and/or profanity. But he certainly should know by now, following a school board meeting on October 9 where students, teachers, and parents opposed the blanket ban. On its Facebook page, the local newspaper Dixie County Advocate posted a brief video of the statement by English department chair and teachers’ union president Lindsey Whittington, who asked, “Isn’t it the point of education to teach students to think, not what to think?”

The newspaper’s Facebook page also is where the community debate over the ban continues. One current student weighed in on the ludicrous attempt to shield teenagers from literature:

As a high school student it angered me when they read the email to us. What HIGH SCHOOL student doesn’t know about ‘profanity, curiosity or inappropriate subject matter’? Please name one. I would understand if this was elementary students but high school come on. We are gonna learn about it one way or another!

Unfortunately, the Advocate reports that the only response from a school board member to the impassioned statements at the meeting was that “we will take this stuff into consideration.” But here’s one interesting tidbit gleaned from the Facebook comments: in Dixie County, superintendent of schools is an elected position. Thomas has three years remaining in his current term, but we certainly hope residents remember his censorious ways when election time comes.