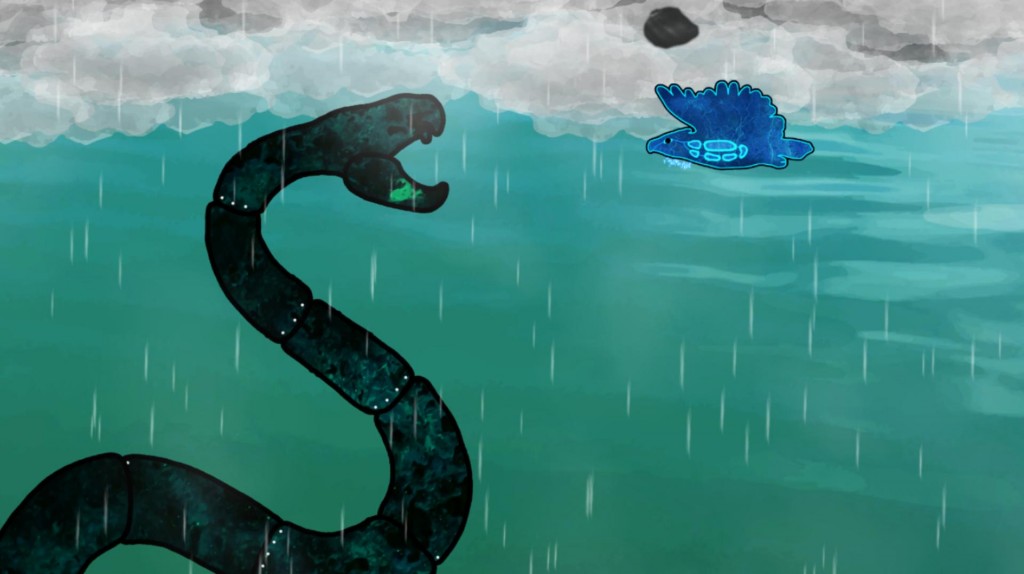 Some Minnesota state legislators are looking to limit free expression funded by public arts grants after a Native American video game developer and professor created a game where players fight an oil pipeline embodied as a mechanical snake.

One lawmaker referred to Beth LaPensée’s game Thunderbird Strike as “an eco-terrorist version of Angry Birds” and called for an investigation into the regional arts council funding she received to support her work, while another says he will introduce legislation to limit who may receive such grants in future.

LaPensée, who is of Anishinaabe, Métis, and Irish descent, lived in Duluth, Minnesota when she received the grant from Arrowhead Regional Arts Council and completed Thunderbird Strike, which is free to download and play on PC. She has since moved to Michigan, where she is an assistant professor of media and information at Michigan State University. Minnesota Public Radio summarizes the action sidescroller as follows:

The game depicts a mythical Native American figure called a “thunderbird” that gathers lightning that can be used to either revive creatures or destroy trucks and oil infrastructure, including a pipeline that’s also depicted as a snake, using hand-drawn images and stop-motion animations.

After Thunderbird Strike won the award for Best Digital Media at the imagineNATIVE Film + Media Arts Festival in Toronto this month, pipeline industry lobbyist Toby Mack characterized the game as a “so-called educational program designed to encourage eco-terrorism” and tried to pressure Michigan State University to withdraw its support for LaPensée’s work. After she clarified that the game was completed before her employment at MSU but did rely in part on the ARAC grant, Minnesota legislators Bob Gunther and David Osmek promptly adopted Mack’s line of argument–with the added insinuation that Lapensée was an interloper having no legitimate connection to their state.

First Gunther, a member of the Minnesota House of Representatives, told MPR that he will “introduce legislation that would prevent ‘abuse’ of Minnesota arts and cultural heritage revenue, by increasing oversight of the Minnesota State Arts Board and requiring projects to be completed in Minnesota.” He also characterized Thunderbird Strike as “an out-of-state video game that blows up oil pipelines.”

State Senator Osmek chimed in the following day in an email interview with Vice where he reiterated his previous claim that LaPensée’s game is “Angry Birds for eco-terrorists.” He also managed to get in digs at both her technical skills and her credentials, claiming that the game looked to be “programmed on a Commodore 64, circa 1985” and using quotation marks around the word “professor” in reference to her. (Neither Osmek nor Mack have actually played the game, Vice noted.)

For non-local readers, the premise of Thunderbird Strike likely evokes last year’s fight over the Dakota Access Pipeline in North Dakota. But those in the Great Lakes region will also recognize parallels to two pipeline projects by Canadian company Enbridge: Line 3, which stretches across northern Minnesota; and Line 5, which crosses northern Wisconsin and Michigan, including an underwater stretch through the Straits of Mackinac. Enbridge is not named in the game, but LaPensée makes no attempt to hide her opposition to any pipelines that could threaten indigenous lands or water. At the same time, she says the suggestion that Thunderbird Strike encourages eco-terrorism is ludicrous. “It’s optional whether or not [players] attack oil structures or you focus on activating animals and people,” she told the Associated Press. “The game never tells you what your choice should be.”

For its part, the Duluth-based Arrowhead Regional Arts Council which awarded the grant is staunchly standing by LaPensée. Executive Director Drew Digby told MPR that “she did exactly what she told us she was going to do. And unless we wanted to get into examining the political sides of every artist, that’s just a rabbit hole that I don’t think anybody wants the state to get into.”

LaPensée currently plans to add Android and iOS versions of the game in December–although the latter in particular could present a new struggle, given Apple’s curious past reticence regarding games that treat serious real-world issues such as war, immigration, and labor conditions.