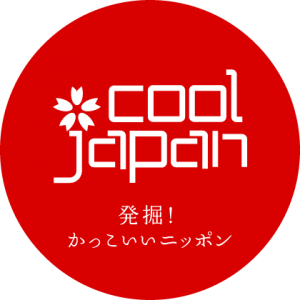 A Japanese politician and elected member of the national legislature has apologized after implying that anime and video games may have influenced an alleged serial killer who is suspected of murdering and dismembering at least nine people. House of Councillors member Ichita Yamamoto drew the baseless connection during a recent appearance on a TV talk show, but later said he immediately realized it was “an extremely inappropriate statement.”

The suspected killer, 27-year-old Takahiro Shiraishi, allegedly found his victims by reaching out via social media to people who had expressed suicidal tendencies. After he gained their trust and offered to help carry out their plans, investigators say he lured them to his apartment where he strangled and then dismembered them. He has reportedly admitted that he went ahead with each murder despite realizing upon meeting them that none of the victims–eight women or girls and one man–actually wanted to die.

Unsurprisingly, the twisted case has received widespread media coverage in Japan. Two weeks ago Yamamoto was a guest on the talk show Shin Hōdo 2001, where as part of a wide-ranging discussion he speculated about Shiraishi’s inspiration:

To put it simply, I think he did this as though he was playing a video game. He’s become unable to differentiate the world of reality from fiction. Recently, there are anime with bizarre, grotesque stories like what he did. I feel he has been heavily influenced by them.

This was not in fact the first time anime had been brought up in connection with the case, but the potential link relies on the thinnest of thin threads: an unidentified woman who claims to have known Shiraishi said in a media interview that “I think he probably liked to watch anime and stuff. Like When They Cry and School Days.”

In the apology to anime fans and the industry that Yamamoto issued following the interview, he said that he considers himself “an earnest manga and anime fan…I deeply regret my careless words, and all I can say is that I made a huge mistake.” His statement may well be sincere, but it also seems likely that he is looking to hold on to the chairmanship of his Liberal Democratic Party’s Cool Japan Committee, an economic development and tourism effort that largely relies on the international drawing power of anime, video games, and manga.

Yamamoto’s misstep is just the latest manifestation of the longstanding conflicted relationship between otaku culture and the Japanese establishment, which is more than content to reap the economic benefits but also tends to heap blame upon the industry when anyone who might be connected to it engages in violence or other deviant behavior. In this case at least, the politician has vowed that he “will take proper care never to make such baseless comments again.”

Thanks to CBLDF member Jeffrey Rolek for sending this story our way!