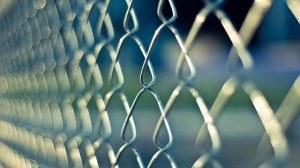 On January 12th, 2018, New York State Governor Andrew Cuomo tweeted he would rescind directive 4911A, which greatly restricted inmates access to books as well as fresh fruit and vegetables. The directive was a pilot program designed to roll out to all state prisons by September 2018, which forced inmates families to use six pre-approved vendors for any package they wished to send their loved ones, no longer allowed to send anything themselves or even bring a care package when they visited.

The problem with only allowing packages from six vendors wasn’t just the limitations of stock, but the fact that it forced families who don’t have any money to waste, to pay more than market value for necessities. It also cut out completely nonprofits like NYC Books Through Bars, who ship books free of charge to inmates in 40 states across the country, and whose vocal opposition of this directive was heard echoing through every news organization who picked up this story.

Books Through Bars issued a statement shortly after the governor’s tweet saying they “cautiously welcome” the suspension of the program. They go on to highlight many of the other problems facing prisons that overturning this directive does not fix. For some reason, this particular directive caught a lot of national attention from L.A. Times to Washington Post, from Teen Vogue to The New Yorker, hopefully that scrutiny continues.

“As part of a multi-faceted plan to address the flow of contraband, the department recently launched a pilot secure vendor program in three of its facilities, similar to ones already in place in nearly 30 other states,” said Thomas Mailey, a spokesman for the state Department of Corrections and Community Supervision. “However, concerns have been raised by families of inmates regarding the availability and price of products under this program, concerns we do not take lightly.”

Mailey said the program would be suspended until the concerns are addressed.

Regarding the 30 states with similar programs Mr. Mailey mentions in his statement – Books Through Bars is able to send free books to inmates in 40 out of 50 states, surely there must be some crucial differences between their programs and directive 4911A. In the meantime, New York may very well continue to push forward policies that force people to use pre-approved prison vendors. According to Brian Lehrer on his January 10th show, Banning Books Behind Bars

there’s often no charge to corrections agencies for dealing with these vendors and they even get a share of the profits. . . one West Virginia contract showed that the state would earn $95,000 in one year from the 17% commission that they got on purchase from the approved vendors.

So it is crucial for everyone to stay vigilant. Reading must be treated as a right for everyone, and not just those who can afford to buy books.