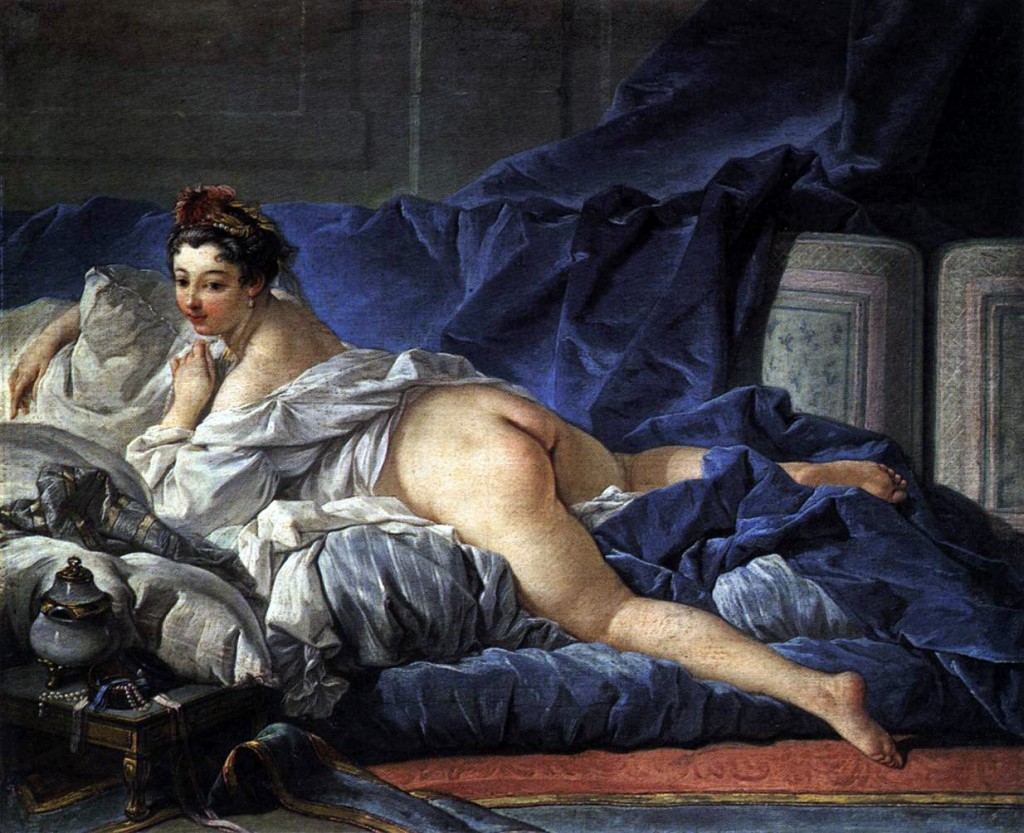 An elementary school art teacher in Cache County, Utah is fighting to clear his name after he was fired last month for inadvertently sharing two nude paintings by well-known artists with a 6th grade class. Despite a police investigation that absolved him of showing students pornography, the Cache County School District said he was dismissed for allegedly belittling those who were uncomfortable with the partial nudity.

During a lesson on Dec. 4, Rueda distributed a collection of 100 art postcards to the students in order to have them look at color usage in various works. The card set from publisher Phaidon was already in the art classroom library before Rueda began working at Lincoln Elementary School, and he was unaware that a few of the works included partial nudity.

The two nude paintings that some students saw before Rueda took the cards back were Iris Tree by Amedeo Modigliani and Brown Odalisque by François Boucher. Although both paintings are fairly tame as classical art goes, Rueda told the Herald Journal newspaper that he would not have knowingly shared them with 6th graders. After some students reacted as one might expect 6th graders would, however, the teacher said he did tell them that “when you grow up, you’re going to find yourselves going to museums or to places where unavoidably there’s going to be nudity.”

At least one student interpreted that statement in a slightly different light, telling his mother that Rueda belittled the class by saying that “you guys need to grow up and be mature about this.” An anonymous school district official told the Herald Journal that the real reason for Rueda’s firing on Dec. 8 was this alleged reaction on his part, not the original distribution of the nude works.

The fact remains, however, that someone filed a police report against Rueda claiming that he had shown students pornography. When an officer arrived at the school to investigate, Principal Jeni Buist was in the process of shredding several nude artworks that had been identified from the classroom library. Police managed to salvage some intact works and show them to County Attorneys, who correctly said they were not pornographic and Rueda had not committed a crime.

Nevertheless, within a week after the fateful classroom lesson Rueda was given the choice of resigning or being fired. He is appealing his termination–not necessarily to get his job back, he says, but simply to clear his name. In a statement posted on Facebook by a sympathetic parent, the teacher explained his motivation for requesting a hearing:

My intent when it comes to the hearing has nothing to do [with] money or anything like that, but it has to do with exercising my right to be heard so that I can have a clean name, a clean reputation.…This could be something that follows me for the rest of my life.

In a similar case last year, a substitute art teacher in Battle Creek, Michigan was fired after she discussed common interpretations of Georgia O’Keeffe’s work with a class of 8th graders. Allison Wint did not contest her termination, but said she was not aware that simply uttering the word “vagina” technically turned her art lesson into a sex ed lesson which required parental approval beforehand.