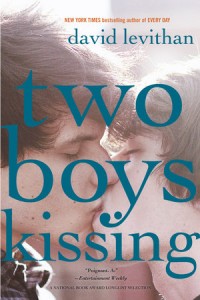 Over 340 people have signed a petition to ban Orange City Public Library in Iowa from purchasing new LGBTQIA books, while also quarantining and placing public ratings on the 168 books in the current collection that fall under the scope of this public inquest.

It all began when someone filed a complaint regarding a particular book on a shelf of LGBTQIA works. According to the Library Director, the complaint of concern has subsequently been rescinded. Shortly after that a flyer appeared that claimed to be distributed to every house in Orange City, with the headline

The flyer, distributed by the Sioux County Conservatives, encouraged people to sign the petition, and show up at the library board meeting to protest these books because their Orange City’s “Christian values are slowly being eroded from within.” The flyer continues that,

The past and recent acquisition of materials dealing primarily with LGBTQ issues were requested by a few individuals around the same time as the OC Pride Event and it was done without proper OCPL Board oversight or community feedback. While it was a legal request, we believe it is something very contrary to the attitudes and values of an overwhelming majority of Orange City / Alton residents.

How the library could quickly acquire well over 100 books based on a few requests is unclear.

The flyer also lists health concerns that disproportionately affect the LGBTQ community, such as drug abuse and suicide attempts, without the counter-argument, that flyers and rallies, the likes that they are promoting, may well be the cause of some of those statistics.

The Des Moines Register identified the three books at the top of the flyer as being, This Day in June written by Gayle Pitman and illustrated by Kristyna Litten; Two Boys Kissing by David Levithan; and Morris Micklewhite and the Tangerine Dress written by Christine Baldacchino and Illustrated by Isabelle Malenfant. All three books are well respected critically and have been previously challenged around the country.

According to a local TV news report, the community is divided on this issue –

“To see yourself reflected in books and literature is really powerful. To know you are normal, things are okay,” said Mike Goll, a concerned citizen.

The library board will be hearing both sides of this argument over the coming weeks, and CBLDF will keep you apprised of the situation.

*Why are people eating Tide Pods?