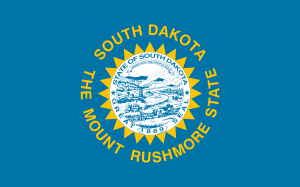 South Dakota lawmakers are considering a bill that would prohibit gender identity from being discussed in elementary and middle school classrooms. The bill’s sponsor, Sen. Phil Jensen (R) thinks that gender issues are not age appropriate, and wants children to focus on “reading, writing, and arithmetic.”

The bill, SB 160, would be the first in the U.S. to put a ban like this in place regarding gender, though seven states have similar legislation regarding the positive portrayal of homosexuality in the classroom. These bans,  labeled “no-promo-homo” laws, don’t just restrict the mention of homosexuality, they also increase the amount of bullying LGBTQIA students face every day.

Mimi Lemay, an advocate for her son and other transgender youth, gives context to the importance of discussing gender identity in the classroom,

“Being transgender is innate. It is who you are, and learning about it in school will only make your child more compassionate and empathetic and tolerant. It’s not going to make them transgender, and I think every parent wants a child who is capable of compassion and open-mindedness.”

Senator Jensen may find additional opposition in his own backyard. South Dakota’s Republican governor Dennis Daugaard, with an unbelievably high 74% approval rating, consistently legislates with all of his constituents in mind and the core beliefs of a small government conservative. Daugaard vetoed a “bathroom bill” last year that would have forced transgender students to use the facilities that corresponded with their biological sex at birth, remarking that the bill didn’t resolve any pressing issues in South Dakota.

Aside from the inevitable increase in bullying and harassment that a law like this will lead to, the physical health of the transgender community must be taken into account before anyone casts a vote. Trans and gender non-conforming youth have an alarming rate of suicide attempts and self-harm – nearly double that of other LGB teens. Studies have been done to prove that the fastest, easiest way to reduce the number of teens hurting themselves, is by providing support and acceptence. While this seems like common sense to many, these studies were done in part to combat a theory that just being trans was likely to cause mental health issues, and the rampant suicide attempts were not related to the active mistreatment of trans individuals by society.

What all this boils down to is that SB 160, is not just legislative bigotry, with no real academic purpose. It is also actively malicious towards the trans community – creating more isloation and harrassment, and effectively driving more teens to hurt themselves. By teaching all children from young age about gender as well as love and acceptance, the tide can begin to turn, and together we can find hope and stop the unecessary self-violence that takes too many from the world too soon.