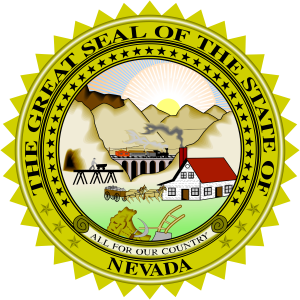 The ACLU won a partial victory in Nevada when Washoe County School District removed the record of the two-day suspension Noah Christiansen received for cursing at a congressman’s aide over the phone on March 14th. In a five-page response to the ACLU of Nevada, the school district’s counsel cited over 200 years of jurisprudence, that amounted to continued conviction that the matter was handled properly, and belief the student had omitted crucial facts in his retelling of the incident. In the end, the school district conceded to remove the suspension to avoid “expensive and protracted litigation” but declined to reinstate Christiansen as school secretary/treasurer because he “is ineligible for the position for reasons unrelated to the speech at issue.”

The two-day suspension was because Christiansen called his congressman, Republican Representative Mark Amodei, and told the staff member who answered the phone that Congress should “get off their f-ing asses and do something about gun control” during the National School Walkout. According to the school districts response, “[Christiansen’s] language and tone was so severe and offensive that the staff person felt compelled to call the school to complain about his behavior, and another student who heard [the conversation] felt compelled to approach him in an effort to calm him down after his vitriolic phone call.” The name of the Amodei’s staffer has not been released nor has any more information regarding what language could have been used to make the call so disturbing.

Amy Rose, the Legal Director for ACLU of Nevada, describes Christensen as “an exemplary student and leader” with no prior detentions or academic issues. An active participant in his education, he belongs to “the Chinese Club, the Spanish Club, the Debate Club, Academic Olympics, and Academic World Quest, where his team was the Nevada state champion and placed 10th in the national finals.”

Despite his spotless record, McQueen High School has tried to use Christiansen’s interest in activism and politics against him. At a debate tournament earlier this school year, Noah deviated from his script and spoke about President Trump’s rhetoric and policy stances being detrimental. Afterward, he wrote an apology letter to his debate opponent. Rose wrote on her blog about the episode,

McQueen administrators have pointed to that incident as an example of prior bad behavior, even though he was never disciplined for it. The school said that Noah’s political speech at the debate tournament should have been a learning experience to keep his emotions under control.

Noah was similarly outspoken during the fall of 2017 when he noticed McQueen implementing its dress code in a discriminatory manner. The high school was punishing female students, but not their male peers, for baring their shoulders.

Noah protested the school’s discriminatory enforcement by starting the hashtag campaign, “#FreeTheShoulder.” Noah then wore a shirt to school that read “Free the Shoulder,” and the administration threatened him with disciplinary action unless he removed it.

The letter from Washoe County School District’s Chief Counsel also blamed Christiansen for the poor behavior of his classmates following the walkout, citing “several accounts of other students who have mimicked [Christiansen’s] speech and told teachers to ‘go f- themselves.”It is an extreme position to hold a 17 year old responsible for all uses of the F-word at a high school.

Also, the situations differ greatly between Christiansen’s use of the F-word in a phone call outside of class to a public servant, and students cursing out their teachers,  in large part because Christiansen used the expletive as an adjective, and the other students used it as a verb. While that may appear pedantic to some, it is more than just a grammatical distinction. When the Motion Picture Association of America looks at how to rate movies, the use of the F word is allowed in a PG-13 movie, unless it is used in a sexual nature or as a verb. Then it is an automatic R rating. There is also a false equivalency is conflating the two statements. If you remove the F-words in both cases, which distract many from context, and replace them with offensive words of less renown, the discrepancy seems clearer. Telling an elected official to get off their fat ass and do something is not even in the same realm as telling your teachers to go screw themselves.

Still, the school agreed to remove any record of the academic punishment, and that is a victory for Christiansen and the ACLU, both of whom are happy with the outcome.

“This is a major win for the first amendment. Noah will move forward with a clean disciplinary record. Students, like everyone else, have a right to criticize government officials. Now students will know they have a right to speak passionately about their political beliefs, free from retaliation,” said Amy Rose.

“I am so happy with this outcome. This has been a very stressful week, but I am glad I stood up for my rights and I hope other students will do the same,” said Noah.