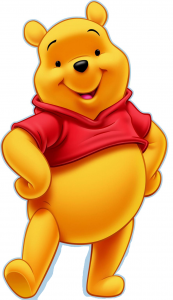 Following the announcement that China’s National People Congress, near unanimously approved a constitutional amendment that will allow President Xi Jinping to stay in office for more than the previously allowed two terms, popular social media channels in China began to unceremoniously delete anything that might refer to the decision, whether good or bad. Weibo, China’s Twitter, removed over 97,000 retweets and more than 3,000 comments.

The list of words that triggered censorship is long, and not all of them are still being censored. A simple word like “disagree” is still considered illicit to use, but they have supposedly restored the letter “N” (which was censored so that people could not express their dissent mathematically). Often people use simple riddles and memes to get criticism past censors.

This week PEN America released an in-depth report on the extent of internet censorship occurring in China.

The report also includes an Appendix that documents 80 cases of Chinese citizens warned, threatened, detained, interrogated, fined, and even imprisoned for online posts over the past six years. The wide-ranging content of these posts, which touch on everything from Tiananmen Square to issues such as land rights and local corruption, demonstrates the ruthless enforcement of information control and the heightened risks facing those who dare test ever-evolving methods and powers of censorship.

The report, Forbidden Feeds: Government Controls on Social Media in China, can be downloaded for free at PEN’s website. Though the report comes in at an impressive 91 pages, the executive summary in the beginning, is a must read, breaking down China’s belief in “cyber sovereignty”, and walking the reader through the biggest points of the following report. There are lots of great asides, demonstrating the ways in which citizens have tried to illude the censors, and explaining how Winnie the Pooh became the target of so much ire.

The report includes this crucial advice:

To the government of the United States of America

Time has shown that the best way to improve Human Rights around the globe is to pay attention. Be informed. Inform others. Global scrutiny is a weapon anyone can wield.