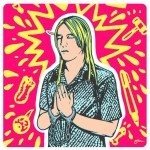 Saturday, March 31 is the world premiere of Boiled Angels: The Trial of Mike Diana, a documentary about the first artist in the United States to be convicted of obscenity.

Diana was first charged with obscenity after an undercover Florida detective posed as an artist to obtain copies of Boiled Angel. In a week-long case in March of 1994, a Florida jury found Diana guilty of publishing, distributing, and advertising obscene material. They agreed that his work “lacked serious literary, artistic, political or scientific value” because it did not compare to such works as The Grapes of Wrath or Picasso’s “Guernica.” Boiled Angels: The Trial of Mike Diana was chosen to premiere at IFC’s inaugural What The Fest!? a four day film festival in Manhattan dedicated to showing a curated collection of genre films. Each selection is designed to astonish and unsettle the viewer in the theater and then delight and entertain them at special events devised to expand the viewing experience.

Maria Reinup wrote of the documentary,

In Mike Diana’s trial, one man’s art turned out to be another man’s obscenity, and community standards became something used to suppress an artist’s vision. His conviction raised numerous, aching questions. Who has the right to decide that an artist shouldn’t create again? Can someone’s art really be that unacceptable, if it pierces the collective consciousness? If so, what’s the nature of censorship and where should the lines be drawn? With interviews with Neil Gaiman, Stephen Bissette and others, cult director Frank Henenlotter’s (Basket Case, Brain Damage, Frankenhooker) documentary brings us the incredible story, untold until now, of Mike’s case — a tale of freedom of speech in America, but also an exploration of the nature of human expression and the ways we, and art, communicate.

After the film, there will be a Q&A with Mike Diana, Frank Henenlotter (director), Anthony Sneed (producer), Mike Catalano (producer, expert) with moderator Mike Gingold (film journalist, author). If you’re not in New York City this Saturday, check out this poster (pictured below) artist Peter Kuper did about the Mike Diana trial to benefit CBLDF and important First Amendment work, like financing the defense of artists in outrageous court cases. 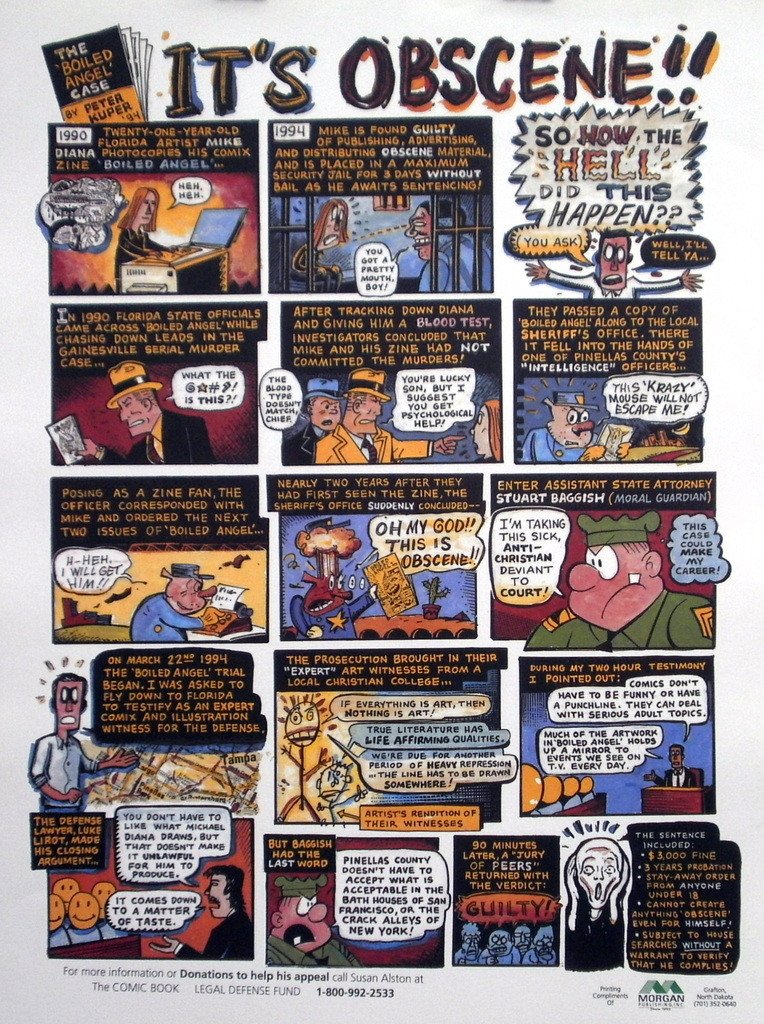