Last September, Charles Brownstein, Executive Director of CBLDF, was honored with an invitation to speak at the Library of Congress about the history of comics and the role of the Comic Book Legal Defense Fund in protecting the intellectual freedom of American readers. The talk was part of an ongoing relationship the Library of Congress has with SPX, Small Press Expo, North America’s leading independent cartooning and comic book festival held every autumn in Bethesda, Maryland.

“Sterling North, who was a children’s book author whose books sold in the thousands, really took great umbrage at these comic books that sold in the tens of millions. . . 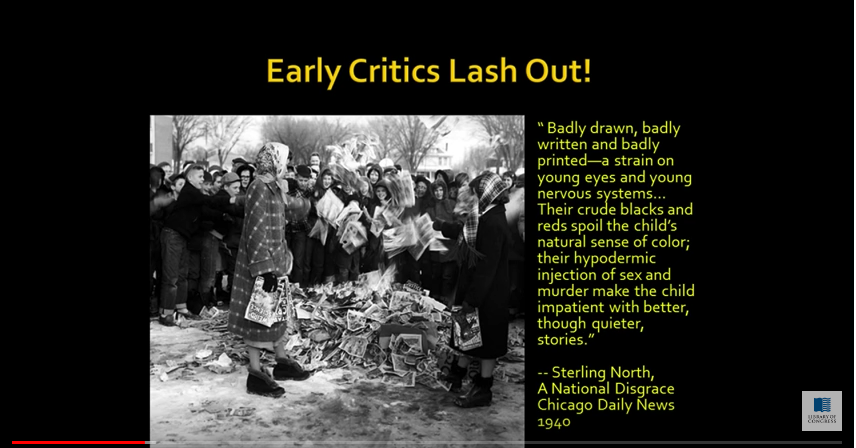 “And you wonder how much of that was the writings of a frustrated children’s book author who A) couldn’t use that kind of prose in any other setting and B) was seeing this stuff really outselling the work that he was doing?

This argument never really goes away — but against comics it stuck.”

There is brief reference to the themes of social justice found in EC Comics, (a topic that can be explored in more detail at CBLDF convention panels), bringing up a seven-page comic by Wallace Wood and Al Feldstein. An excerpt of the comic, which is actually titled “In Gratitude”, can be seen below. 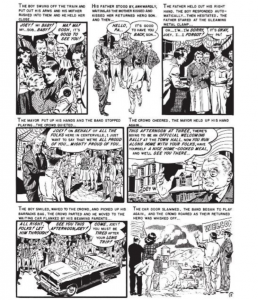 The full talk, which is just over an hour, is funny and insightful as it walks listeners from before the time of Fredric Wertham and Seduction of the Innocent, through Bill Gaines and EC Comics, all the way to the modern challenges books like Raina Telgemeier’s Drama face. It is more than a discussion of censorship. In the end, it is a treatise on our stewardship of intellectual freedom and our responsibility to future generations to grow the canon that we protect, and help them do the same.

Note to those listening in public: please use headphones. The talk gets a solid Pg-13 rating, but its occasional colorful language perhaps breaks the social contract observed at offices, libraries, coffee shops, etc. Also in general, people want you to use headphones.