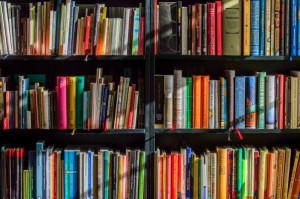 Back in December, it was announced that comic books and the librarians who love them will soon have more support from the creation of a Graphic Novels & Comics in Libraries Round Table. The current incarnation of the group, Graphic Novels & Comics Member Interest Group, GNC MIG, has assisted with educator and librarian events at comic conventions as well as administering the Will Eisner Graphic Novel Grants for Libraries, but as a Round Table, they will have increased ability to fundraise, expand membership, create new awards, develop more programming across North America, mentor librarians in building graphic novel collections, and a lot more.

Hopefully, this will become official in June at the ALA Annual in New Orleans. But before then they are asking for help from comic book fans, regardless of ALA membership. This quick survey takes less than two minutes and the more responses received, the stronger the foundation the GNC Round Table will be built on.

Making comics and graphic novels accessible to everyone regardless of economics is a critical part of expanding understanding of the art form,  growing interest in the medium, and protecting comics from attempts at censorship in the future.

Please take a minute, fill it out, and pass it on.

ALA members who are interested in joining the Round Table once it’s up and running can follow the Facebook page for updates, or simply watch for it to show up as an option on their next membership renewal!