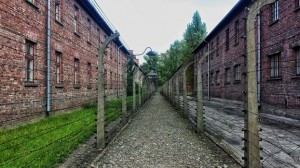 Maryland prisons are infringing on inmates right to read under the guise of reducing drug smuggling. In a statewide policy, Maryland prisoners may no longer receive books sent by friends, relatives, online retailers, and nonprofits, limiting the access of 20,000 inmates to two approved vendors, with limited selections often at a higher price.

The new regulations were put in place on April 25th, in an attempt to curb high rates of drug smuggling in the prisons, specifically Suboxone, a medication prescribed to help treat addiction to heroin and painkillers. Suboxone distributed on a thin film, making it much easier to smuggle than pills or powder.

Investigators uncovered 3,422 Suboxone strips during fiscal 2017 and 3,362 so far this fiscal year. However, officials could not say how many of those were concealed in books.

Greeting cards have already been banned due to a similar concern with hiding the strips in the thick paper. According to the memo announcing the new vendor restrictions, inmates can purchase 10 books every three months from one of the two approved vendors. J. Michael Zeigler, a deputy secretary in the Department of Public Safety and Correctional Services, says that the prisons does not have the resources to scan shipments from more than the two venders, “the sheer volume would just be crazy.”

A former prosecutor and current Maryland State Delegate Erik L. Barron referred to this change as a “lazy response to legitimate concerns.”

“While we respect that prison officials have an obligation to keep their prisons drug-free, this policy is misguided and unwise. As a result of this policy, thousands of people in prison now have their access to reading and educational materials primarily dictated by the offerings of just two companies. Even with the presence of prison libraries, it’s clear that this represents a serious blow to the right to read in Maryland prisons. The policy should be rescinded and a solution found that does not restrict access to books for incarcerated individuals.”

For over four decades, PEN America has run a national prison writing program and annual Prison Writing contest open to any incarcerated individual in the country. Under this new policy, Maryland inmates are no longer eligible to receive their detailed writing guide, Handbook for Writers in Prison. Earlier this year, PEN American joined with countless other advocates and successfully fought against similar policies in New York State and federal prisons that sought to restrict book purchasing to approved vendors only.

Comics are some of the most frequently requested books by inmates, and unsurprisingly, pre-approved vendors don’t put a priority on creating a large catalogue of graphic novels. If you’re interested in donating your old comics, or any books, check out this list of nonprofits around the country that help send books incarcerated individuals.