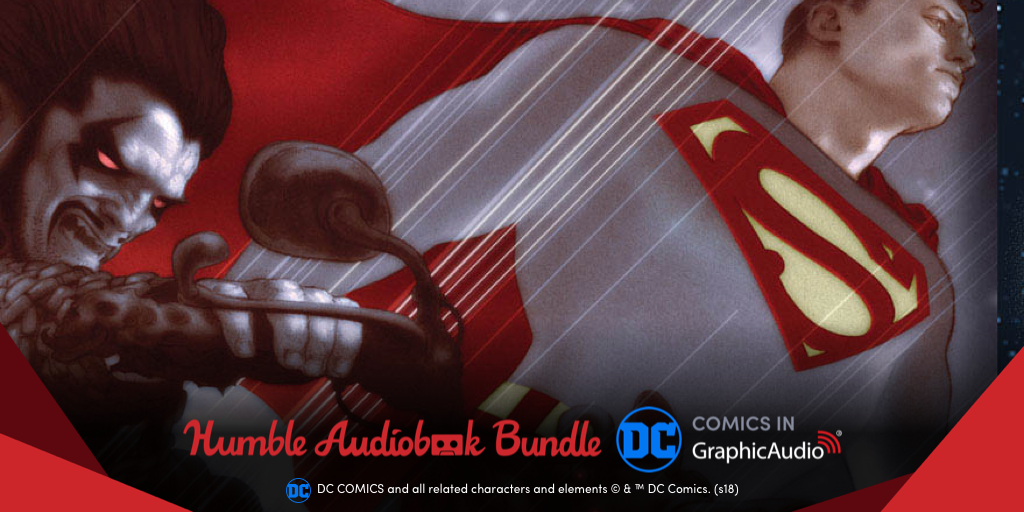 Last Days to Get DC Universe Audiobooks and Support CBLDF!

Listen Up! There is less than one week left to snag hours and hours (and hours and hours) of full-cast recordings staring your favorite DC Universe characters. Learn more about Batman’s tragic origin story. Travel to the Bermuda Triangle with Wonder Woman and discover an island that could change the world forever. Keep up with The Flash as he discovers a new foe that is always one step ahead.

DC Comics has joined with Humble Bundle to create a a giant Audiobook Bundle that benefits Comic Book Legal Defense Fund and Hero’s Initiative. Pay what you want to get the best in Audiobooks produced by GraphicAudio, delivered to your ears instantly. Get these full cast stories featuring favorite characters like Batman or The Flash and support Comic Book Legal Defense Fund’s important work fighting on the front lines of free expression.