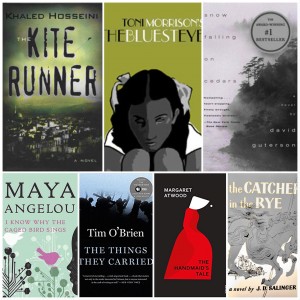 After a recent violation of the Brown Act, Conejo Valley School District has scheduled a revote on their controversial policy of adding asterisks to books on the curriculum written for mature readers. The Brown Act is part of California’s State Legislature that protects the public’s right to fully participate in meetings of their local legislative bodies. Conejo Valley violated the act by not making the latest addendum to the school policy available to the public before the vote on it.

After the failure to ban Part-Time Indian the Conejo Valley School District decided to implement a policy where they used the California Department of Education’s website that marked books written for adults with the following disclaimer:

“This book was published for an adult readership and thus contains mature content. Before handing the text to a child, educators and parents should read the book and know the child.”

The policy required teachers to use those asterisks and that disclaimer on all titles on their syllabuses that were marked similarly on the CDE website. This policy affected titles such as, I Know Why the Cage Bird Sings by Maya Angelou, The Bluest Eye by Toni Morrison, The Catcher in the Rye by J.D. Salinger, Snow Falling on Cedars by David Guterson, The Things They Carried by Tim O’Brien, The Kite Runner by Khaled Hosseini, The Handmaid’s Tale by Margaret Atwood, and others in the CVSD curriculum.

The initial problem with the asterisks was simple, it created an visual difference of approved books vs. unapproved books, even though all the books were chosen carefully with students’ educational goals in mind. It made some books seem better than others, and for parents who were worried about content or were unfamiliar with the titles, it created an instant bias against amazing literature without any context detailing the benefits of reading those texts. But then it became even more complicated.

CDE’s website, after hearing how their annotations were being used, removed the asterisks and the disclaimer from their reading lists. Since the school policy required the teachers to use the CDE website to craft their syllabuses, the policy would need to be changed again. Some parents and teachers took this as an opportunity to point out the clear correlation between the last change and the CDE removing the asterisks themselves, hoping the school board would see the errors of such a policy, and the negative effect it could have on students’ rights to read.

This did not deter the school board, who decided to vote on the policy written by trustee Sandee Everett on May 15th, despite being unable to make the policy available to the public beforehand or during the meeting.

According to the local news, “after receiving several complaints from the public, the Ventura County district attorney’s office reviewed the May 15 meeting and determined Conejo Valley Unified did violate the law.”

So a revote is now scheduled for August. While it seems at this stage that the Board is not greatly concerned with the public opinion, maybe there is hope with enough attention focused on their upcoming decision, some will have a change of heart and vote in favor of students and education this time, instead of continuing a policy that teachers, and even California’s Department of Education find reprehensible.