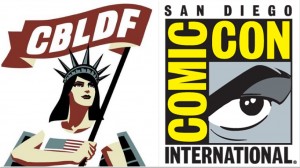 What a great first day! It was amazing to meet so many supporters at the CBLDF Booth #1918, at panels, and of course at the annual Welcome Party! But while one day is done, there’s far too much to do to get bogged down with reminiscing. Follow CBLDF on Twitter to get updates throughout the weekend, so you don’t miss a thing. 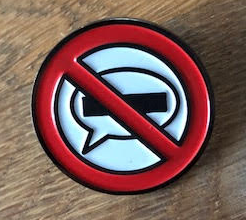 Make sure you drop by the Booth #1918 and snag the latest CBLDF enamel pin! Show everyone in San Diego you oppose comics censorship with this stylish accessory.

Friday, 12:00 – 1:00pm CBLDF: Intellectual Property, Comics, and the Law Room 11
Some of comics’ greatest clashes never appeared within the panels — they were decided by a gavel! CBLDF board member Dale Cendali, an intellectual property icon known for litigating high profile cases (including in the Supreme Court), walks through the history of comics IP in the courts, examining some of the most important cases creators need to know about to protect themselves and their work in 2018!

Friday 1:00 – 2:00 CBLDF: Comics Change the World — The History of Activism in Comics Room 11
From the medium’s earliest days, activists have taken to the comics form to communicate their messages to the world. CBLDF Deputy Director Alex Cox brings you on an image-filled march through more than a century of comics activism, revealing the history of how comics can change the world!

Saturday, 12 pm – Sina Grace Signing at CBLDF Booth #1918
Mark your calendar so you don’t miss a chance to meet Sina Grace, the author of Iceman, and the sole creator of Self-Obsessed and Nothing Lasts Forever.

Saturday 1:00 – 2:00 CBLDF: Outlaw Art – The Trials of Underground Comix Room 11
Underground Comix were more than an art revolution, they were a scandal in the courts! Busts spread from Berkeley to New York as law enforcement used obscenity laws to crack down on this renegade form of free expression. How did the creators and publishers of this historical art movement take the heat? Join Ron Turner, publisher of Last Gasp and Air Pirates, which was convicted in California; Victor Moscoso and Robert Williams of Zap Comix #4, which was convicted in New York; and Joyce Farmer, iconic underground cartoonist and editor of the controversial Abortion Eve for this freewheeling discussion moderated by CBLDF Executive Director Charles Brownstein.

Remote Bidding Ends at 3pm PST Saturday
If you are unavailable for the live auction, but still interested in bidding, please send a list of the pieces you are interested in with the HIGHEST donation you would be willing to bid. If the high bid on the auction floor is below your highest bid, your final bid will be 10% higher than the last highest bid on the floor.

Your bids should be delivered to auctions@cbldf.org by 3:00 p.m. PACIFIC TIME July 21 to be eligible. You will be contacted immediately after the auction with any winning bids.please visit: cbldfauction2018.eventbrite.com 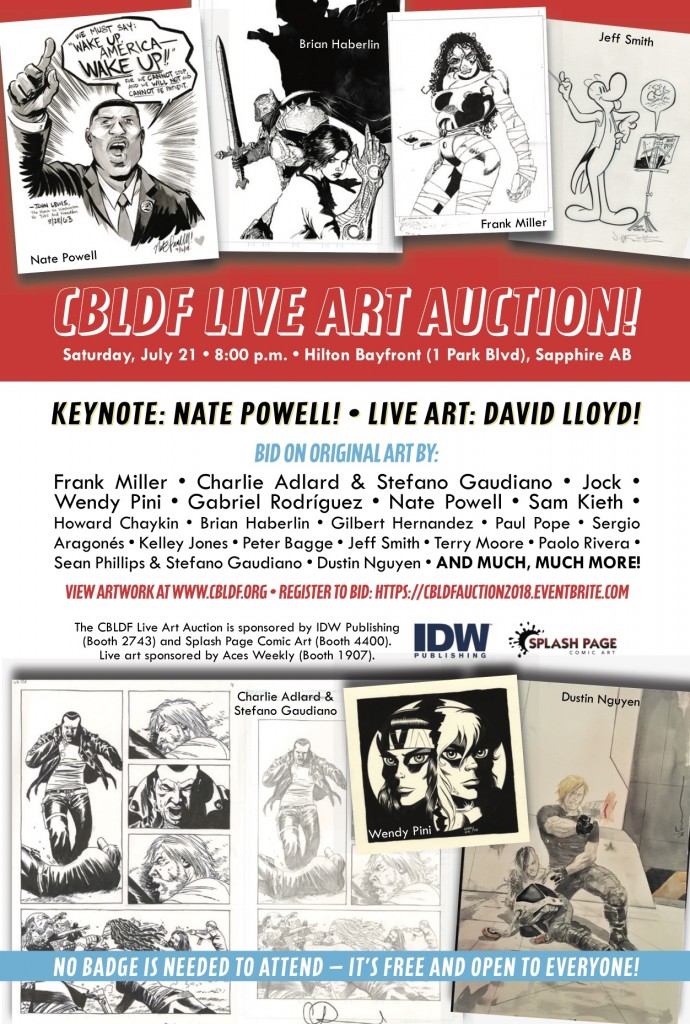 Keep up with the latest CBLDF and SDCC developments by following us on Twitter, Tumblr, Facebook, and Instagram! Or to get updates delivered right to your inbox, sign up for our weekly newsletter at CBLDF.org!