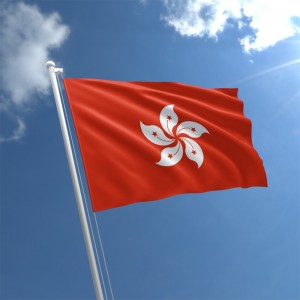 Hong Kong has been in the news a lot recently for failures of protecting free speech. A popular book by a world-famous author being label indecent. Children’s books being removed to a “closed section.” Freedom of the press in danger from self-censorship while being undermined by the government. These all add up to an unattractive picture of a country once seen as a beacon of freedom of expression in Asia, now bowing to government and social pressures.

In July, when the Security Bureau proposed a ban on the Hong Kong National Party (HKNP), a pro-independence political party, they used media reports as evidence against HKNP. Yeung mentioned when these things occur repeatedly, reporters feel pressure in covering politically sensitive issues, leading to self-censorship.

Around the same time in July, Hong Kong’s Obscene Articles Tribunal determined Haruki Murakami’s latest book Killing Commendatore to be obscene, a ruling that means the book cannot be sold or borrow at a library by anyone under 18 years old, and that bookstores must sell the book with its cover wrapped and warnings of its content displayed prominently.

President of PEN Hong Kong, Jason Y Ng, told the Guardian that “for a place that holds itself out as Asia’s world city, the Hong Kong authorities’ views toward sexuality and the literary treatment of it are archaic.”

The ruling also caused Killing Commendatore to be pulled from booths at the Hong Kong Book Fair, an event that is meant to celebrate the freedom of reading and the diversity of books.

This was on the heels of Anti-LGBTIA+ groups in Hong Kong successfully getting 10 LGBTQIA+ positive and neutral children’s books removed from their normal selection and placed in a “closed section” where they can only be accessed by children with a parent’s guidance. The books in question were titles like Mommy, Mama, and Me and Tango Makes Three a popular picture book about gay penguins parenting. The neutral books in question don’t necessarily promote homosexuality, but did acknowledge it’s existence, with titles like The Family Book and books that address gender identity with small children like The Boy in the Dress.

Hong Kong has previously been considered one of the more LGBTQIA+ friendly places in Asia, making this decision all the more worrisome. Rachael Jolley, editor of Index on Censorship, said the recent restrictions “appear to be part of a worrying trend in China to be more restrictive about how sex is portrayed in books, and what is ‘allowed’.”