Germany announced that they will lift the across-the-board ban on swastikas in video games in favor of a more nuanced approach, similar to that of how they handle Nazi imagery in movies. The shift in policy signals an appreciation for video games as culturally important works. Felix Falk, managing director of The German Games Industry Association, said in response to the shift in the law,

“We in the games industry are concerned about the tendencies we see towards racism, anti-semitism and discrimination. We are strongly committed to an open, inclusive society, to the values laid out in the German constitution, and to Germany’s historical responsibility. Many games produced by creative, dedicated developers address sensitive topics such as the Nazi era in Germany, and they do so in a responsible way that encourages reflection and critical thinking. The interactive nature of games makes them uniquely qualified to spark contemplation and debate, and they reach younger generations like no other medium can.”

In recognition of this improved policy, we thought it would be a good time to revisit how far comics have comics have come in Germany. Take a look at A Brief History of Comics Censorship in Germany from the CBLDF archives!

“Smut and Trash:” A Brief History of Comics Censorship in Germany 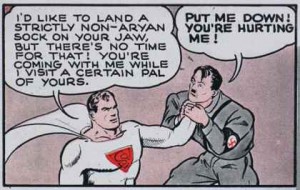 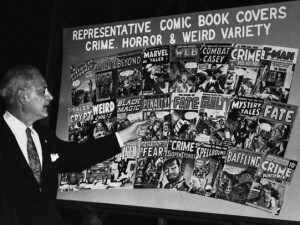 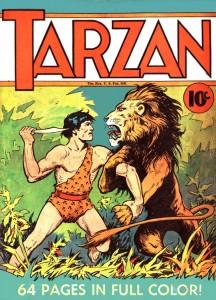