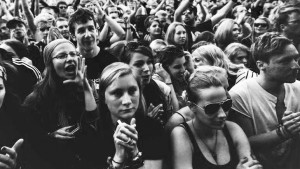 Legislation around the country is being introduced and passed to turn the people’s right to protest into domestic terrorism. Following the massive protest at Standing Rock, North Dakota, legislators helped pen new laws that would drastically increase the penalty for trespassing, damage to property, and conspiracy to commit those crimes at pipeline sites.

One such law passed at the end of May in Lousiana, HB 727, went into effect August 1st, amended the term “critical infrastructure” to include pipelines and construction sites. The term critical infrastructure already existed to provide additional protection to crucial locations such as power plants, oil refineries, chemical plants, water treatment facilities, and so on. The new law also increased penalties for those whose trespass or damage such sites, with a person facing either one to 15 years in prison and a $10,000 fine or six to 20 years in prison and a $25,000 if the damage could threaten human life or site operations.

Most worrisome to First Amendment advocates is that the bill criminalizes “conspiracy” to commit trespass with either up to a year in jail or up to twenty years in jail and a quarter of a million dollars in fines if the judge feels that the conspiracy would have threatened someone’s safety or site operations. So a person in Lousiana can be jailed for up to a year for planning a peaceful protest at a pipeline site.

According to a recent Washington Post article, dozens of new laws and executive orders in at least 31 states have been introduced since November 2016 that “aim to restrict high profile protests”. These laws greatly expand the definition of terrorism and rioting, often coming with steep penalties for groups that are only peripherally involved in the protest itself.

“Some pipeline opponents have conducted dangerous and illegal stunts, cutting pipelines with oxyacetylene torches or closing valves, but the majority of protests have been peaceful. If they’ve broken laws by trespassing, activists say, they’ve done so as part of the tradition of civil disobedience to enact change.

‘All of the social progress we’ve made has depended, over the entire history of this nation, from the very beginning, on that ability to speak out against things that are wrong, things that are legal but should not be,’ said Carroll Muffett, president of the Center for International Environmental Law. ‘These bills put that fundamental element of our democracy in jeopardy.”

Lousiana’s HB 727 will get it’s first real test very soon. Three activists have been arrested in August on felony charges for using kayaks to block oil pipeline construction on the bayou. The protesters were arrested by off-duty officers of the Department of Public Safety and Corrections, who were moonlighting for a private security firm hired by the pipeline developer. The three people face up to five years in prison.

Loyola Law professor William Quigley, who is representing the activists pro bono, said that if the DA brings charges, they will challenge the validity of the law itself. According to the Post, Quigley pointed out how ridiculous it is that a private company directed law enforcement and ordered the arrests.

In an unrelated incident, a journalist and five protesters were arrested in Lousiana last weekend for blocking pipeline construction by building a platform in some trees. That’s almost ten arrests for a law that has been in effect for less than a month. These arrests are stemming from covert surveillance of the protesters conducted by both law enforcement and the private companies.

Keith Mako Woodhouse, an expert in radical environmentalists and professor at Northwestern University, warned against the danger of equating political protest with criminal activity by monitoring it through covert surveillance. “It gives a sense that law enforcement is, if not on the side of, at least more sympathetic to the industries and practices that are being protested,” he said. “Presumably they’re not surveilling the energy companies.”