The Human Rights Defense Center and Mississippi Center for Justice have filed a lawsuit on behalf of the inmates at Forrest County Jail, stating that all books and periodicals other than the Bible and occasionally other Christian publications, have been banned from the facility. 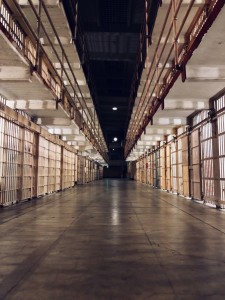 Human Rights Defense Center (HRDC) is a non profit working for criminal justice reform that began as the monthly newsletter Prison Legal News – a crucial legal resource for inmates everywhere. The newsletter regularly faces bans from correctional facilities, including, but not limited to, the entire Florida Department of Corrections, a case that will likely end up in front of the Supreme Court in the near future. For the Forrest County Jail, the newsletter was far from the only thing censored by the jail.

According to HRDC, at least 77 pieces of mail sent to the jail were returned to the nonprofit, without reasons given for the censoring, or a pathway to resubmit the mail in a way to achieve compliance with the jails policies. According to the Hattiesburg American,

There have been a multitude of studies to prove what common sense tells us, education reduces recidivism. Allowing access to reading materials, whether fiction, non-fiction, instructional, or anything else, is a critical part of rehabilitation. Comics and graphic novels are frequently requested by inmates, and can help with vocabulary, improve reading skills, and visual literacy. Books that teach crafting techniques, such as crocheting, are very popular and can reduce anxiety and stress levels in a healthy way.

Rob McDuff, an tourney representing HRDC in this lawsuit, spoke openly about what they hope to achieve with this lawsuit.

“It’s important for everybody, but it’s particularly important for people who are in jail to have access to educational materials, novels and history books. When people are locked up in jail, they have a lot of time on their hands. You would think jail administrators and staff would want prisoners to be doing something constructive — including reading books.”

The Hattiesburg American points out the similarities between this lawsuit and another one happening in the state between Big House Books and the Mississippi Department of Corrections and the South Mississippi Correctional Institution in Leakesville. In that lawsuit, which Mississippi Center for Justice is also involved in, the institution started returning books to Big House Books, requesting the company send religious books instead.

Beth Orlansky, the advocacy director of Mississippi Center for Justice, said in a press release “Religious books certainly are important inside a prison, but so are secular books. With this lawsuit, we seek simply to restore the prior practice at the prison so that prisoners can receive books in the mail whether paid or free, whether religious or secular.”