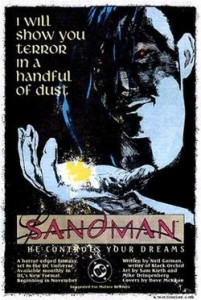 November 29th marked the 30th Anniversary of the debut of Neil Gaiman’s Sandman. The original 75 issue run ended in March of 1996, but few characters in the comics world (especially outside of the superhero genre) have held on to the imagination of readers for three decades the way that Gaiman’s dark prince Morpheus has.

On any list of the most influential comics in the last fifty years, Sandman is sure to make the cut. But on many lists of banned comics, it’s likely Sandman will be there too. Why is it that some people find Sandman inappropriate, while others find it a critical example of literature in the world of comics?

Adding Sandman to Your Library or Classroom

Before deciding to add Sandman to your classroom or library, it might be helpful if you see what kind of support it has from the literary community. These are just some of the things that have been said about the graphic novel series.
From The Los Angeles Times Magazine, “The greatest epic in the history of comic books.”

Gr 7 Up — There is no question that the books in Gaiman’s “Sandman” series (Vertigo) are some of the best and most groundbreaking graphic novels ever written. The artwork shows unique characters whose images change from story to story as each artist reinterprets them. Dream and his Endless siblings — Death, Destiny, Desire, Delirium, Destruction, and Despair-weave in and out of these books, interacting with one another and with mortals at different points in history. The Doll’s House tells the story of a young woman named Rose Walker who does not know that she is a dream vortex, and who has to overcome many obstacles to rescue her little brother from captivity. Dream Country contains four stories, including the World Fantasy Award-winning “A Midsummer Night’s Dream,” in which Shakespeare premieres his new play before a group of faeries. Over the years, the books in this series have been released multiple times, first in paperback and later in hardcover. The question remains whether or not these recolored editions are worth purchasing. The short answer is no–not if you already have the series and the books are in good condition. But if you need to replace your weathered copies, or if you are just learning about the Sandman based on the fame of Gaiman’s more recent books, then these books are definitely worth purchasing. –Andrea Lipinski, New York Public Library (reviewing “The Sandman”” Vols. 2 and 3)

From The New York Times,

With “The Sandman Omnibus,” each book is shrewdly designed by Louis Prandi to look like an ancient mystic tome. It’s spellbinding to watch Mr. Gaiman — from first wobbly, coltlike steps to thoroughbred confidence — create one of fantasy literature’s deep mythologies. In these tales of Morpheus, the King of Dreams, and his siblings — Death, Desire, Despair, Delirium, Destruction and Destiny — Mr. Gaiman forged a broad fan base that faithfully followed him to his novels, as Sandman won 19 Eisner and six Harvey industry awards, and the tale “A Midsummer Night’s Dream” snagged the World Fantasy Award for short fiction, a first for a comic-book story.

The strong writing of Mr. Gaiman, recently appointed an arts professor by Bard College, is complemented by Dave McKean’s chilling and elegant covers and by a range of fine artists, including P. Craig Russell, Jon J. Muth and Charles Vess — though the series sometimes succumbed to DC’s ordinary house style of the 1990s, an unsettling counterpoint to Mr. Gaiman’s extraordinary prose.

And for those who aren’t sated by the more than 2,000 pages about Mr. Gaiman’s hero with the moon-pale skin, there’s good news. On Oct. 30, Vertigo released the first issue of The Sandman: Overture, a bimonthly mini-series that features Mr. Gaiman’s first Sandman story in 10 years (with art by J. H. Williams) and will serve as a prequel to the Morpheus saga.

Toward the end of Mr. Gaiman’s “Midsummer Night’s Dream,” an unlikely collaboration with Shakespeare that appears in the first volume of the “Omnibus,” Morpheus says, “Tales and dreams are the shadow-truths that will endure when mere facts are dust and ashes, and forgot.” That’s surely true, as these two volumes prove over and over. Sweet dreams, dear reader.

Whether considering Sandman for a curriculum, a book club, or a school project, CBLDF can help you delve deeper into the first four collected volumes (or the majority of the first omnibu volume) with our discussion guides.

Given their visual nature, comics are easy targets for would-be censors. CBLDF Discussion Guides are tools that can be used to lead conversations about challenged graphic novels and to help allay misconceptions about comics. CBLDF Discussion Guides can be used by librarians, educators, retailers, or anyone who wants to lead a conversation about a graphic novel.

Download pdf copies of the individual discussion guides here, or flip through all four below.

Don’t Take Our Word For It

What do you do if someone is attacking Sandman at your school or library? First email CBLDF or call us at 1 800 99 CBLDF (22533) and tell us what’s going on. CBLDF has crucial experience dealing with censorship challenges and can provide assistance with locating review resources, writing letters of support, and facilitating access to experts and information. CBLDF is here to advise you on the best steps to follow to help prevent challenges and protect literary works, including:

What do you do when a comic is challenged? The American Library Association has developed these helpful tools to cope with challenges:

Another essential step in protecting access to comics is to report challenges when they occur. By reporting challenges, you help the free expression community gather necessary information about what materials are at risk so better tools can be created to assist. To report a challenge to the Comic Book Legal Defense Fund, call us at 800-99-CBLDF or email CBLDF. You can also report the challenge to the Kids’ Right to Read Project, a CBLDF-sponsored program from the National Coalition Against Censorship and one of our frequent partners in the fight against censorship. Finally, you can report the challenge to ALA here.

Get Your Very Own Signed Copy 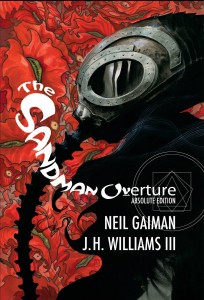